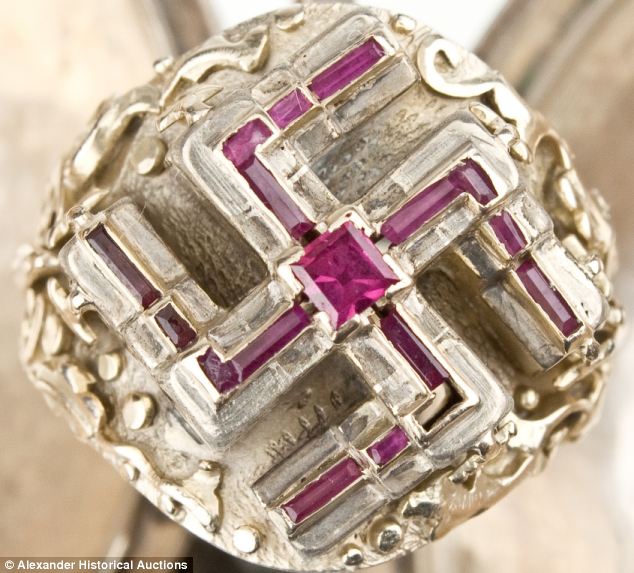 A lot of odd Third Reich souvenirs found their way into the private market after World War II. Items stolen by the Germans which found their way into private hands have been subject to return to heirs of the rightful owners. A famous case occurred recently with the son of a German art dealer who retained stolen art taken from Jewish victims. However, some "souvenirs" were personal to German bigwigs such as Hitler and Hermann Goering and thus have no wronged owners (though some might argue that any Third Reich treasures were the result of plunder and thus tainted). One such item which pops up now and then on the auction markets is the infamous Hitler Swastika Ring. 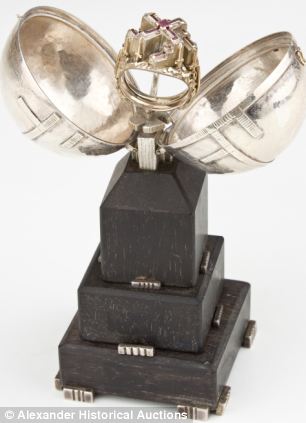 World War II television shows these days which shall remain nameless glorify the GIs who occupied treasure-laden places in Germany such as Hitler's Berghof in Berchtesgaden. I have no issue with that, that is part of war. Without going off onto a rant on the topic, the soldiers were heroes who justly should be honored. However, some of them also were, shall we say, treasure hunters who grabbed whatever wasn't nailed down. Many of the takings were tasteless in the extreme (human skulls, for instance). GIs only made something like $30 a month, and plunder is as old as war, so their desire to make a profit from risking their lives is understandable (and made for a great film in "Kelly's Heroes"). Anyway, one such GI pocketed the ring shown in the accompanying pictures from the Berghof and brought it home. 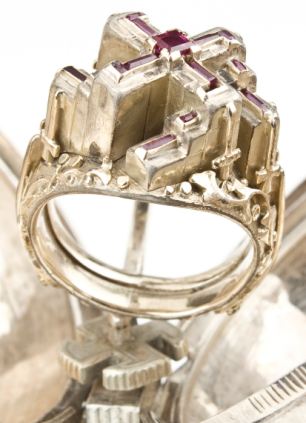 Long in private hands and traded around, the ring is known as the Hitler Swastika Ring. In the form of a huge swastika, it is supported by other swastikas and swords. The piece has a large ruby setting. The entire gaudy thing rests in a silver globe complete with an elaborate foot, also with a swastika. The ring is gold-plated, but over the 80-odd years since it was crafted, much of the gold has flaked off. 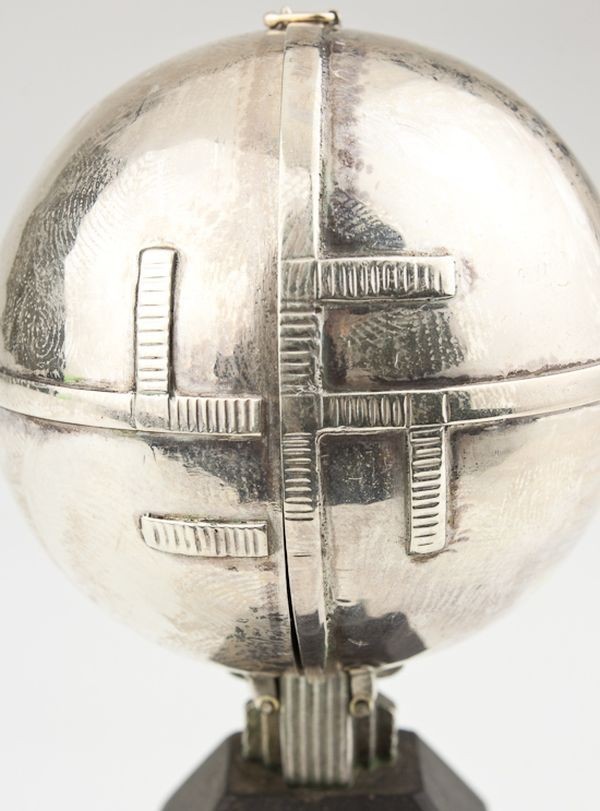 The history of trinkets like this is instructive in itself. The ring was produced by German goldsmith Karl Berthold (1889-1975), who proudly informed the Fuhrer in 1933 that he had fired his Jewish assistants (without any laws saying he had to) so that their hands would not sully the gaudy ring. Berthold was one of those enablers who made money off the Party and then lived happily ever after. Souvenirs like the Hitler Swastika Ring are one of the very few areas where the Third Reich lives on in one form or another. 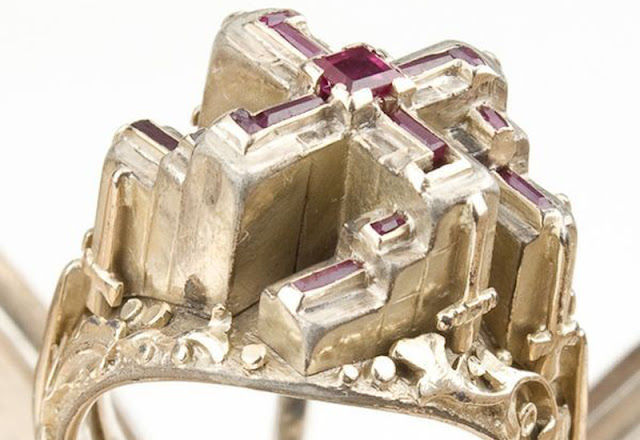 Obviously, the ring's entire history is horrendous. Besides that, the design itself is spectacularly kitschy and an eyesore. German art of the period tended to be monumental and overbearing, and this ring is no exception. However, the ring does have a unique provenance - it was given to Hitler by some underling, though whether Hitler ever wore it is unknowable, and he was not overly into jewelry. Collectors love unique items connected to top Third Reich Germans whether it is beautiful or not, so the Hitler Swastika ring's value has skyrocketed along with that of other authentic memorabilia. The ring reportedly sold for roughly $100,000 in September 2013, though who bought it and for exactly how much remains a mystery. While we can all dream up more deserving beneficiaries of the ring and/or its component attributes than some collector, private owners will no doubt endlessly trade this wildly offensive symbol back and forth for as long as people remember the Third Reich.