Aerial Fist - and the First

As the Luftwaffe declined and the war turned against the Reich, the men fighting hard on the ground came under incessant Allied air attack. The "German glance," which was a fearful look back over one's shoulder for Allied ground-attack planes whenever venturing into open land, became habitual. As was invariably the case, German scientists had ideas about how to enable the ground-pounders to fight fack. Their solution was the Fliegerfaust, literally, "pilot's fist." This is one of the weapons that the German high command would have been anxiously anticipating coming into use as the Allies closed in from both the east and west. 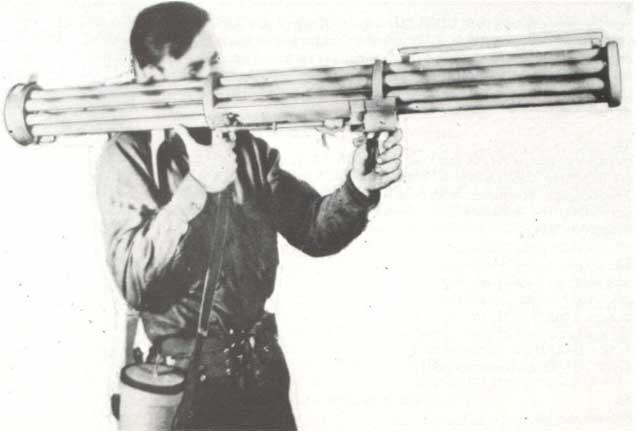 The Fliegerfaust was developed by HASAG (Hugo Schneider AG) of Leipzig. This weapon was similar in appearance to an American Bazooka or German Panzerschreck, but unlike those weapons, it was intended to be fired at aircraft (though, presumably, in an emergency or moment of opportunity, it could be used against ground targets). This is one of the little-known late-war Wehrmacht weapons that doesn't get a lot of individual attention. However, collectively they have created a mystique about what "might have been" had the war lasted a little longer. Although the Fliegerfaust apparently was used in combat, it best can be placed alongside the Maus tank and the Messerschmitt P.1101 single-seat, single-jet fighter as a "1946" weapon. However, the Fliegerfaust was more than just a mere prototype or fantasy weapon, because it worked, apparently was used in combat, and could definitely (and probably did) kill the enemy. 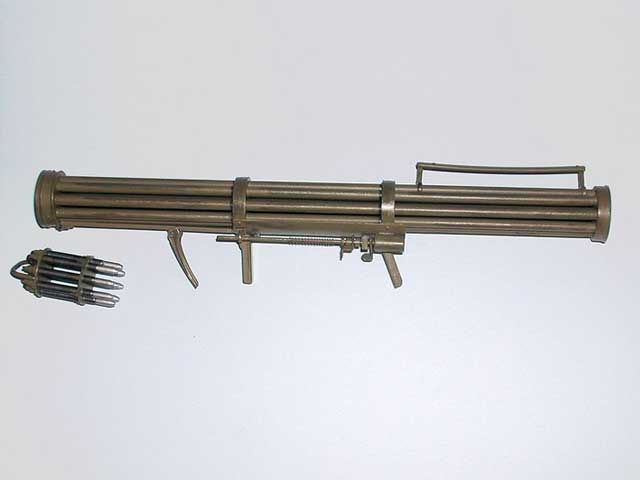 The Fliegerfaust A was a prototype model, while Fliegerfaust B was the production model. A third model, simply called Fliegerfaust, was the projected next step in the weapon's evolution. Each Fliegerfaust was composed of long tubes from which could be fired 20 mm rounds. The weapons differed in their number of tubes and some minor firing differences.

The chief drawback of the Fliegerfaust was technological. The Reich scientists did not have time to develop a guidance system, so the Fliegerfaust simply fired standard (modified) artillery shells. With a maximum range of roughly 500 meters (theoretically, up to 2 km, though accuracy deteriorated drastically the further the shell flew) and a preferable range of 200 yards or less, the Fliegerfaust required nerves of steel and very good aim against a fast-moving target. The shells had a 60-meter dispersal at 500 meters out, which did increase the odds of hitting a moving target with at least one shell. A simple heat-seeker missile would have been a devastating addition, but that was too advanced for the time. The shells were formidable, flying at 350 m/s and relatively straight due to spiral muzzle brake grooves which imparted a stabilizing rotation. Upon striking a solid surface, a small explosive charge released a barrage of shrapnel.

It seems certain that the Fliegerfaust was used in combat. Unfortunately, authentic photos of the Fliegerfaust are scarce because it was a top-secret project. A photo that was taken in front of the Adlon Hotel in the heart of Berlin (across from the Brandenburg Gate) right after the battle shows three Fliegerfaust weapons lying within the pile of rubble. However, while 10,000 were ordered (a typical late-war massive order which was probably never expected to be filled), it is estimated that only about 80 of the weapons were completed. The Wehrmacht threw everything that it had available, including the Fliegerfaust, helicopters, and the Maus tank, into the final fighting around Berlin. Nobody survived to recount their experience using the weapon. 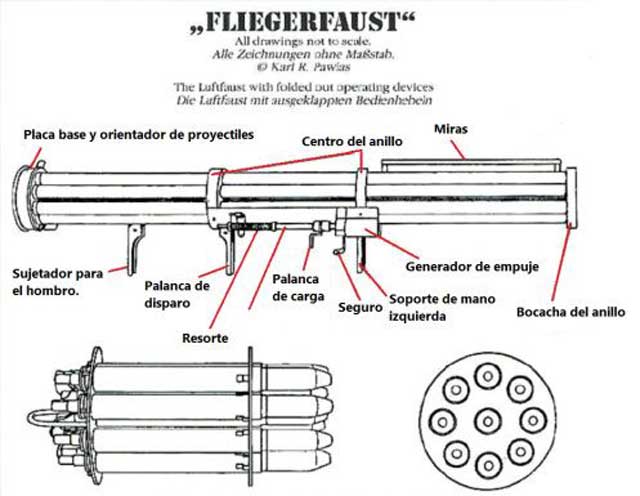 The Fliegerfaust did not turn into a war-winning weapon for the Third Reich. However, it is the first shoulder-fired surface-to-air missile and the ancestor of very effective short-range man-portable systems like the Soviet/Russian 9K34 Strela-3 and the NATO FIM-92 Stinger. Collectively, these weapons now are known as  Man-Portable Air-Defense System (MANPADS) and they are used around the world today. If you are a gamer, you are likely to see the Fliegerfaust in World War II-themed games such as Call of Duty, so hopefully, the information on this page will be useful to you. Unfortunately, very little is known about the Fliegerfaust, but it definitely existed and apparently was used in combat.