Valiant Warriors Caught in the Middle 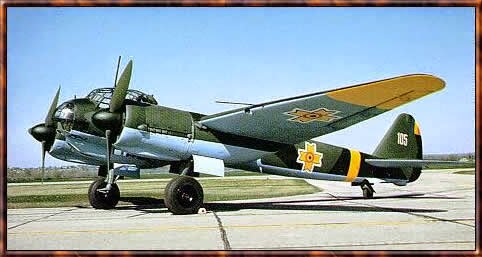 This article will focus on the Romanian Air Force of World War II.

Everybody talks about the dismemberment of Czechoslovakia two years earlier, but absolutely nobody talks about this particular blatant land grab. Trying to find any perfect angels amongst the governments of Eastern Europe during this difficult period can be quite taxing. The Soviets' actions during this period go a long way toward explaining what later transpired between the powers. 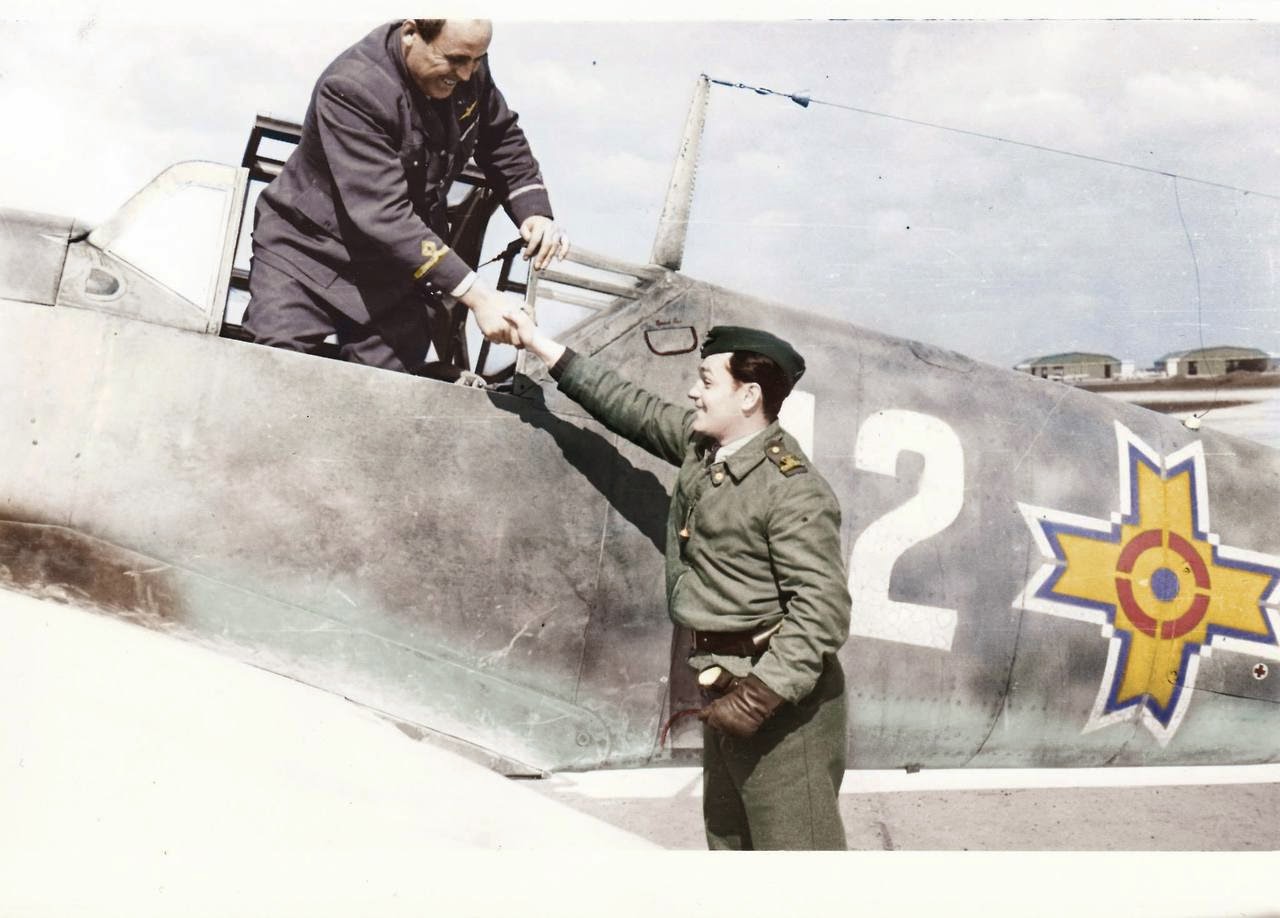 Ion Antonescu became a de facto dictator with full powers in ruling the state, technically by royal decree, while Michael I effectively disappeared from view. Antonescu joined the Axis as a full partner, but the country soon lost more territory to Hungary as a result of the Vienna Award imposed by their friends the Germans. This resulted in great hostility between Hungary and Romania for many years.

Antonescu unwisely threw all his cards in with Hitler in the hopes that Romania would obtain large amounts of Soviet territory via its participation in Operation Barbarossa, the invasion of the Soviet Union. In 1941, it did, in fact, occupy huge territories in the southern Ukraine that were captured as part of the German Army Group South under Field Marshal von Rundstedt.

These were territories that had belonged to Romania centuries before, but long lost to the Ukraine. Romanian nationalists such as Antonescu saw their chance to snatch those ancient territories from the Soviet colossus by joining with Hitler's army. Once recovered, Romania termed the recovered territory 'Transnistria,' for 'beyond the Nistru River.' This appeal to the divisions of his eastern neighbors is how Hitler convinced nations such as Romania - which historically had commonality with the British - to throw their lot in with him to their future detriment.

Romania administered these lands, which included the prosperous port city of Odessa, from 1941 until they were ultimately lost in 1944. Hitler knew the importance of Romania to the Axis, which is one reason that he defended his southern conquests such as the Crimea and Transnistria long after they had ceased to have military value. This explains the seeming mystery as to why German forces concentrated their defenses on the perimeters of their southern conquests while allowing the center to slip.

Antonescu ultimately contributed over a million men to the Axis military alliance. The men did not share Antonescu's enthusiasm for the war, however, and, to put it kindly, the country's forces were never an element of strength in the Axis order of battle. The Romanian III and IV armies at Stalingrad guarded the flanks of the German 6th Army, but could not resist the Soviet counterattack there due to their inadequate weapons. In addition, there were repeated reports to the German high command that the Romanians who controlled the railroads in Transnistria and Romania proper were giving German troop trains short shrift while giving Romanian trains priority. These are subtleties lost on the mass media which had very real effects on people. It is common to denigrate the country's military efforts because of such incidents, but upon occasion, the Romanian military served quite well, especially when defending the homeland.

The conclusion by many observers was that the Romanian common ranks were formed from perfectly capable recruits who fought well. However, the officer class was not motivated to succeed, as it did not believe in the German cause. The Germans believed them to be corrupt and timid. Romanian pilots, almost never mentioned in western sources, performed quite well in defense of their homeland.

Constantin M. “Bâzu” Cantacuzino was a top Romanian ace, with a reported 43 kills, 11 unconfirmed, and a total of 69 'points' (pilots received more credit for shooting down 2- and 4-engine bombers under this system). He also shot down some German planes after the August 1944 change of allegiances (Cantacuzino was a member of a Romanian noble family, and the name may derive ultimately from 14th Century Byzantine Emperor John VI Kantakouzenos/Cantacuzenus). Actress Linda Gray of "Dallas" is related to him. The men who flew in the 15th USAAF over Romania (one of whom I personally met) greatly respected the air defenses over Ploesti and the other oil fields, particularly the fierce fighter coverage. Romania and its resources had been vital to German aggression, and this was shown by subsequent events. Once Germany lost the Romanian oil fields, it was living on borrowed time. Fuel had always been in short supply, but after the Soviet invasion of Romania Germany had to rely almost solely on exotic chemical processes to produce completely inadequate supplies of oil. The synthetic oil complexes at Politz and elsewhere could not begin to make up the deficit, though they did enable Germany to prolong the war into 1945.

The Allies commenced Operation Tidal Wave, the attacks on the Romanian oil fields, in mid-1943. In order to combat the incessant bombing raids, the Germans and Romanian fascists built flak towers and other anti-aircraft coastal batteries. Many remain, successfully hidden, and in fact, are just being located today. In Romania, flak towers were built to protect the oil fields from the massive Allied bombing raids of 1943 and 1944. One or more of those remain virtually intact, but they are almost unknown. They were smaller than the massive towers in Berlin and Vienna, but still impressive structures. The post-war authorities successfully camouflaged them as residential buildings. They they sit today, innocuous and potentially lethal, military structures in the midst of ordinary neighborhoods.

One such flak tower is south of Constanta City in Romania. It was part of the Elisabeth coastal battery. It appears to have had a dual purpose of air defense and also land defense, as a pillbox. I don't know much about it, but it shows why there are so many explorers (just look on youtube!) who seek out World War II structures. There is still a lot there to re-discover, sometimes hidden in plain sight.

Specific to the Romanian installation, the Germans began constructing the fortification even before Operation Barbarossa commenced in June 1941. In the spring of that year, the German artillery units on the Black Sea coast already included:
The Tirpitz battery was commissioned on March 22, 1941. The first salvos were fired in April, in the presence of the Minister of Defense, Iosif Iacobici.

The battery is located in the south of Constanta City, in the area known back then as “La Vii” (The Vineyards). That, roughly speaking, is where the disguised flak tower still sits, but I do not have a specific location or pictures for it.

The coastal batteries, flak towers, and ferocious fighter defense were not enough to protect the refineries. The oil supply was interrupted, and soon the Luftwaffe's planes could seldom even take off. Defeat for the remaining Axis powers swiftly followed. The country claimed to have suffered 170,000 casualties fighting the Germans after the change of allegiance.

The Soviets occupied the entire country and established complete dominion over it. Antonescu was tried as a war criminal by the Soviets - he had been supportive of the Holocaust, among other crimes - and the Soviets hung him in 1946. In another murky sequence of events in 1947, King Michael was forced to leave Romania under Communist duress, though he still considers himself king to this day. Romania suffered communist domination for decades thereafter. complete with rigged elections and Soviet military interventions to suppress uprisings. 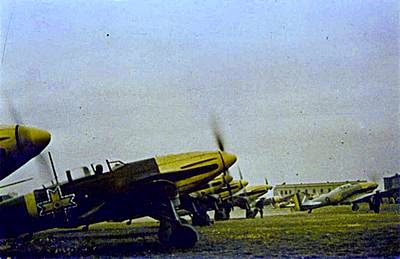 The Romanian air force was small but capable. It used mostly German equipment but did have a few aircraft designs of its own. The Romanian-designed airplane that made a contribution to the war effort was the IAR 80 (the 'Romanian Big Broom'). It was a fighter which was powered by a Gnome-Rhone 14k radial engine that was built on a license. It was an elegant airframe that loosely resembled the Focke Wulf 190D, but the design was completely Romanian.


The IAR 80 began service in early 1942. It had six machine guns and a top speed of 316 mph, which was about adequate at the start of the war, but completely outclassed by the fighters of 1942. Still, the IAR 80 pilots did not have to contend with US fighters for much of their operational history, and they were plenty fast to take on bombers flying at 150 mph. They shot down many US bombers attacking the oil fields in 1943 and 1944, making the "Ploesti run" extremely hazardous for the 15th USAAF. A total of 137 IAR 80 (some accounts say many more) were built before production switched to building the German Bf 109G fighter under license. The fact that Romania built its own world-class fighter at all is somewhat of an astonishing fact, as generally, only the dominant powers achieved this feat. 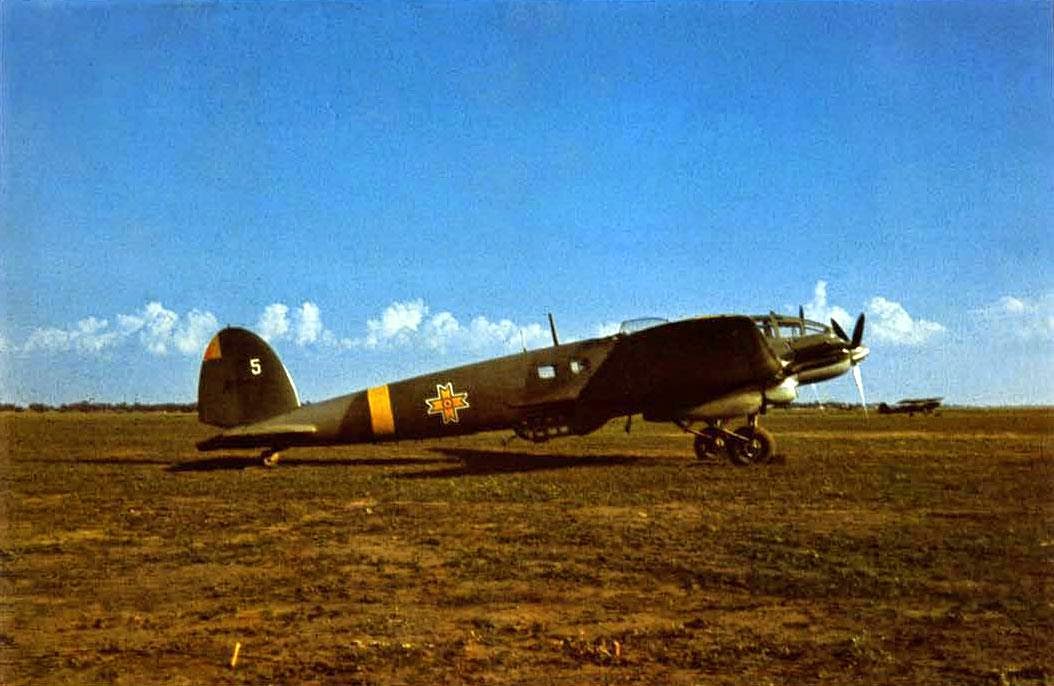