Why Didn't the Allies Invade Spain During World War II?

Spain played a very delicate game during World War II. It was in a geographically vital area, controlling the entrance to the Strait of Gibraltar and potentially of great use to the Luftwaffe and Kriegsmarine. Hitler felt that caudillo Francisco Franco “owed him” for Germany’s support during the 1936–1939 Spanish Civil War. German troops were right across the border from Spain in France after mid-1940 and could have invaded at any time. Franco shrewdly used these facts to play both sides against the middle during World War II.

Franco, however, did little more than pay lip service to any support for Hitler. Spain did contribute a division, the famous Spanish Blue Division that served on the Eastern Front, to Operation Barbarossa. This repaid the Germans for sending the “Condor Legion” into Spain to help Franco in the 1930s. Doing so was arguably legal according to the practices of the day (the United States did the same thing with the "Flying Tigers" in Burma, as did many other powers). Spain also allowed some Kriegsmarine vessels to use Spanish ports in a clandestine fashion now and then. However, while those were useful to the German war effort, they were not what Hitler really wanted, and Franco never went any further.

These relatively little things that Franco did for Hitler were enough to keep Germany from invading Spain, which was Franco’s main strategic goal. Franco was helped in this plan by secret information from members of the German resistance to Hitler, principally Admiral Wilhelm Canaris, head of the Abwehr intelligence agency.

I went through that to show why Franco appeared from certain perspectives to favor Hitler. That was his goal, and he had good reasons to do so. He did just enough to remain neutral with Germany, not an easy task. Hitler eventually just accepted the little that he got from Franco and rationalized not getting more by stating that he didn’t want to start a guerilla war “in his rear” in Spain by invading it.

Now, on to the Allied side of the ledger. Why didn’t the Allies invade? There were a few reasons. First and foremost, of course, Spain was neutral. It never declared war on anyone even as it did a few aggressive things now and then. The Allies had enough problems without adding another unnecessary enemy to the list. Besides, Franco was secretly talking with the Allies throughout World War II while he was openly professing his devotion to Hitler.

Second, Spain was not strategically vital to the Allies as long as it remained neutral. It effectively shielded Gibraltar from Hitler. Gibraltar was absolutely critical to British activities in the Mediterranean. Without it, General Erwin Rommel almost certainly would have taken Cairo. It also was vital for operations in the Atlantic. By Franco staying neutral and not beginning a war with either side, it assured that Gibraltar was safe.

Third, Franco actually did some very quiet but extremely useful things for the Allies. The best example was his occupation of Tangier. This was a “condominium” controlled by four powers prior to and during the first year of the war. Hitler badly wanted Tangier because it was directly across from Gibraltar. By basing ships and planes there, with the cooperation of the Vichy French in the surrounding territory, he could have made life miserable for the British in Gibraltar.

Franco invaded Tangier on 14 June 1940 while everyone was distracted by the fall of Paris the same day, absorbed it into Spanish Morocco (after previously claiming that he had no intention of doing so) on 4 November 1940, and officially annexed Tangier on 18 March 1941. This gave Franco possession of all of the most critical territories at the mouth of the Mediterranean and effectively “took them off the map.” Hitler could do nothing effective to close the western end of the Mediterranean without provoking war with Franco - and, as we have seen, he did not want to do that.

Also, let's not forget Operation Mincemeat. This was a classic deception operation mounted by the Royal Navy prior to the invasion of Sicily. A corpse dressed as a British officer was released into the sea just off the Spanish coast. The corpse had a set of "secret plans" in a briefcase handcuffed to its wrist. The papers, of course, were completely phony and misleading. As expected, Spain immediately gave them to the Germans, who thereby were duped by information received from a "trusted source." Was Franco deceived, too? Or was he part of the deception. It really didn't matter. Either way, using Spain to dupe Hitler was brilliant.

Fourth, Spain is not a good invasion spot for Europe. Northwest France is much more convenient from a base of operations in Great Britain. Spain is very mountainous, and it narrows down from a broad front to a narrow one at the Pyrenees which form the entrance to the rest of Europe. That was ideal for standard German defensive strategy, where the defensive line continually narrows and the attackers can bring less and power to bear. The Pyrenees were basically a castle wall protecting France, and a Spanish campaign would have been as unproductive for the Allies as the invasion of Italy turned out to be. There really was no benefit to repeating Wellington’s Peninsular Campaign of Napoleonic times which dragged on year after dreary year. Plus there were resistance forces in northern Spain that would have fought both Axis and Allied troops.

So, the Allies actually greatly benefitted from Franco’s double game. This was true even as Franco appeared to be backing Hitler by sending him some troops (which he withdrew as soon as he could in 1943 and early 1944). Franco mouthed the right words and granted Hitler small favors but never gave him the real help that he was capable of. This played a key role in undermining the German position in the Mediterranean. 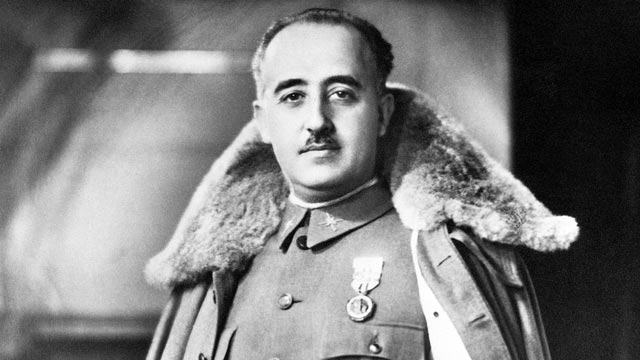 One must remember that Franco had nothing against the Allies. He was non-ideological, being more interested in his Catholic religion than in conquest. He never really thought about attacking the Spanish government until others started the Civil War. The Allies actually had played a key role in bringing him to power in the first place (he was flown to Africa from his post in the Canary Islands at the outbreak of the Spanish Civil War by members of British Intelligence). Plus, it turned out that Franco's secret dealings with the British involved various payoffs to him and his generals to keep him out of the war. Thus, making occasional indications that he was leaning toward Hitler was an effective way of upping the payments in pounds sterling to his secret bank accounts. And, who knows... maybe he was taking payments from Hitler, too. Why not?

Strangely enough, Hermann Goering seems to have been the only top German who saw through Franco. After his surrender to the Americans in May 1945, he was asked what Germany's biggest mistake of the war had been. Goering didn't mention invading the Soviet Union or not invading England or anything to do with his own Luftwaffe. Instead, he said the biggest mistake of the war was... not invading Spain.