Strength Amidst The Blitz

This page is devoted to iconic pictures of people who endured the London Blitz of World War II.


The word "Blitz" was coined by the British media during the war from the "made-up" German word "Blitzkrieg," or Lightning War (another word not used by the Germans themselves, at least at first). The word "Blitz" was not used by the Germans themselves, but was applied to the Luftwaffe's bombing campaign by the British press after the bombing campaign began. It also was adopted by the United States media, which used it during nightly reports by US correspondents in London such as Edward R. Murrow.


While the Battle of Britain began months earlier, the Blitz itself began on 7 September 1940. On that date, Hermann Goering, on Adolf Hitler's order, commanded his Luftflotte to begin the systematic bombing of civilian population centers. The first attack was a daylight raid on London. Prior to that, the Luftwaffe had focused on attacking British military targets. However, some bombs accidentally dropped by the Luftwaffe in late August 1940 caused a reaction by the Royal Air Force, and the situation escalated until Hitler ordered unrestricted terror bombing.


The Luftwaffe suffered greatly during the Blitz, though of course not nearly as much as the innocent British civilians subjected to repeated bombing attacks. As time went on, the Luftwaffe sustained such heavy losses that it switched from daylight attacks to solely night-time raids. While this change in strategy is often considered a critical mistake that severely damaged the German war effort, the switch to night bombing amplified the agony of Londoners who now could not get enough sleep. When they emerged from their shelters in the morning, they sometimes found their homes obliterated.


The height of the Blitz was from September 1940 to May 1941. After that, the Luftwaffe shifted its resources to aid the German invasion of the Soviet Union. This reduced the scope of Luftwaffe raids on England. However, the Luftwaffe continued to mount nuisance raids throughout the war. When the Germans developed their missiles late in the war, another period of devastation called the "Little Blitz" began during the summer of 1944 and lasting through March 1945.


Civilians generally huddled in communal shelters and the London Underground. These were not always safe, as "lucky hits" sometimes killed dozens (and sometimes hundreds) of people when their shelters collapsed in on them. There were incidents where burst water mains drowned many people sheltering in subway tunnels. However, the shelters are believed to have saved many lives.


It is estimated that 150,000 people a night slept in the Underground alone. People would reserve their spots and "set up house," with tables and beds in the tunnels. Many, many more people sheltered elsewhere. Children were sent out of the city in September 1939, but many returned during the winter of 1940 because life in the countryside was lonely and there were long periods when Luftwaffe bombing slackened. This lulled people into a false sense of security. Tragically, children who returned to London from safer spaces in the countryside often became victims.


About 4% of London residents sheltered in the Underground, and another 9% stayed in public shelters. About 27% had home shelters - basements and the like. The public shelters were called Anderson shelters, and then, from 1941 on, Morrison shelters for use inside homes. About 60% of the London population simply stayed in their homes and risked being killed by the Luftwaffe bombs.


The government built massive shelters for officials on the outskirts of London that were not intended for public use. These still exist, but are not well known (and still are not). These were used only a few times, as they were not completed until the worst Blitz danger was over. They stand as monuments to the Blitz.


British air defenses were extremely good during the day right from the start of the Blitz. However, RAF air defenses at night were poor. The addition of the Beaufighter in 1941 only gradually improved the RAF's night fighter capability. Generally, the Luftwaffe lost only a handful of bombers each night - if that - despite intense British anti-aircraft fire against hundreds of Luftwaffe sorties. Bristol Blenheims and Boulton Paul Defiant fighters also were used against the bombers, often equipped with radar. Following a pattern on both sides, fighters that performed poorly during the day - such as the Luftwaffe's Bf 110 and the Defiants - were switched to night fighter duties with good results.


The Luftwaffe dropped an estimated 45,000 short tons (41,000 tons) of bombs during the Blitz. The Blitz must be adjudged a failure for the Luftwaffe, as it never destroyed British morale as intended and at most reduced British military production without seriously crippling it. However, that is not to say it had no effect - it had a dramatic effect on the lives of ordinary people.


London alone was subjected to 71 major raids (100 tons of bombs or more) during the war. There also were numerous smaller Luftwaffe raids, sometimes by lone "pirate bombers" or groups of fighter-bombers. These 71 raids alone dropped 18,291 tons of bombs on London.

Casualty figures are imprecise. The Blitz killed about 41,000 people and injured about another 139,000. Both figures are estimates. Property damage, of course, was immense, and many areas of London were cleared of debris and used as Victory Gardens.


The Blitz conclusively disproved a favorite theory of air strategists during the 1930s, that "terror bombing" would destroy enemy morale. In fact, terror bombing never seriously affected morale on either side, and in fact is seen by some as strengthening the will to continue fighting against the enemy raining death and destruction down upon them every night. Still, it is a point that nobody wished to have to prove. 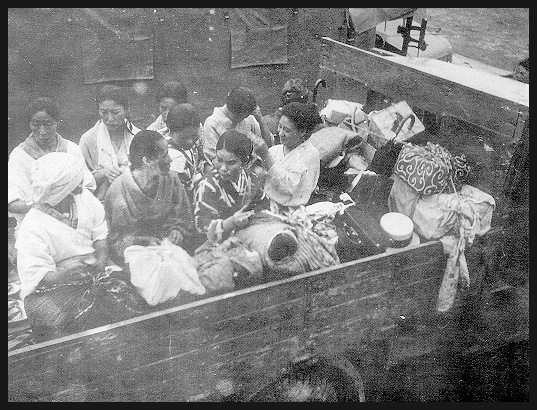