This is a classic video about a B-24 which "gets it" during a bombing raid in the Pacific. Watch it for yourself and see what you think. Then, there is an explanation below of what happened.

Cameras capture the incredible moment when a B24 Bomber plane is hit and crashing in flames. This plane was nicknamed "Brief". Serial Number 44-42058. It had taken off from Angaur Airfield, flying on a bombing mission against anti-aircraft installations on Koror, Palau Islands. Whilst over Koror, the B-24 was hit by anti-aircraft fire.

Below is the newsreel of the incident.


Below are some before and after shots.

While bombs do drop uncomfortably close to the B-24, they pass by it.

The fuselage fell in a flat spiral until it crashed. 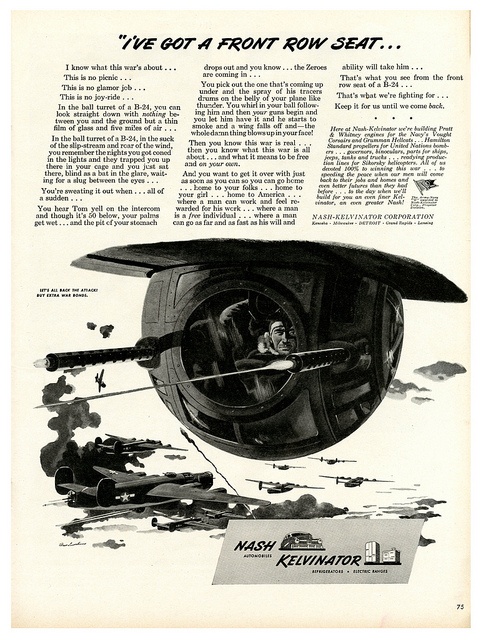 Many think this was friendly fire, a bomb dropped from a B-24 above this one that hit the wing and exploded with its contact fuse. The theory is that the planes were flying too close in the formation and the plane above accidentally hit it. That (dropping a bomb on a bomber) actually was a method used by defending fighters against the bomber stream, but it never worked all that well for a number of reasons (such as it is very tough to do that on purpose, it is quite easy to get shot down while you are trying to maneuver into just the right position, and so on).

It also is theorized by some that famous bandleader Glenn Miller was killed when that exact thing happened, a bomber stream returning from an unsuccessful mission unloading its bombs in the English Channel before returning to base to remove that safety hazard. So, the idea is not at all far-fetched.

However, a cleaned-up version of the film has been analyzed and it shows that the wing is struck from below. So it was not friendly fire, though it sure looks like it to an awful lot of viewers. The B-24 that was hit appears to have been in the process of unloading its own bombs when it was hit. There is an awful lot going on in that brief sequence, but that is how combat is.

There were 10 crew members on the B-24. Nine of them were killed in this 'flying coffin' because there was no chance for them to get out. The B-24 was notorious for having only one egress in an emergency, and that was at the back of the plane. It was difficult to get back there with a parachute, which seems kind of a dumb way to plan things, but this is the military procurement system we are talking about. This plane went down fast, and that is the nightmare of bomber crews.

Anyway, all were killed in the crash except the Navigator, 2nd Lt Wallace F. Kaufman  He somehow got out of the death trap, but was captured by the Japanese and executed. So, he wasn't so lucky after all. That was what the Japanese did routinely. But he did get on the ground alive, at least.

Brave and good men, every single one of them.