It is March 2015 as I write this. World War II is a distant memory for some; to others, it is just another boring topic in history class.

The people who served in the war and even guided it are not all gone, however. Seventy years on, there is one national leader who remains in power from that time, technically retaining the same title, and still a dominant figure in public life in his own country though largely unknown in the West. He also directly influenced, by his own hand, the course of the war, shortening it by many months and saving countless lives - including American and British ones. He is the last lion.

His name is His Majesty Michael I, King of Romania.


Events in Romania never were very well publicized in the West during World War II, or afterward. The two facts are conjoined, because the Iron Curtain prevented the dissemination of pre-war information that otherwise would have been disclosed, if not by actual documents, by memoirs and the like. The Western Allies never recovered document troves from Romania, as they did in Germany; whatever the Soviets found, they destroyed or secreted away in their still-hidden archives. Aside from British agents, not a single western military figure ever set foot in Romania during or immediately after the war except for shot-down air force personnel.


Events in Romania before the war were confused no matter how you look at them. Michael was born Mihai on 25 October 1921 to Crown Prince (future King) Carol II and his wife, Princess Elena. Very quickly, Mihai became embroiled in palace intrigue. His father eloped with his mistress Elena "Magda" Lupescu, and when the reigning monarch, King Ferdinand, passed away in 1927, Mihai became King Michael I. Michael's father came back a few years later and assumed the throne, and young Mihai went back to being the heir apparent. King Carol made sure to give young Michael a full education, though, for the first time in Romanian royal history, that did not include learning German, but rather Romanian. Royalty theretofore had lived apart from the people, but times were changing.


The events before Romania's entry into World War II are very confusing unless you pay close attention to the detail. On April 13, 1939, France and Britain pledged to ensure the independence of Romania, which illustrated the deep the bonds between the nations. However, negotiations on a similar Soviet guarantee collapsed when Romania refused to allow the Red Army to cross its frontiers. This refusal began the long, slow descent of Romania into chaos. On August 23, 1939, the Soviet Union and Germany signed their famous non-aggression pact. Often overlooked is that the pact contained a secret protocol (not revealed until many years later) giving the Soviet Union the Balkans as its sphere of influence (beyond the portion apportioned to Germany). Freed of the Soviet threat, Germany invaded Poland on September 1, with the USSR following a couple of weeks later, and quickly finished it off. Since France and Great Britain also had guaranteed Poland's independence, the implications to Romania were obvious.


The Ribbentrop/Molotov Pact of August 1939 and Germany's three-week blitzkrieg against Poland, with assistance from the dreaded Soviets, panicked Romania. It acted in good faith, granting refuge to members of Poland's fleeing government, but time for it was rapidly running out. Romania's premier, Armand Calinescu, proclaimed neutrality, but events were running too fast to be stopped. Antonescu's Iron Guards assassinated Calinescu on September 21, 1939. King Carol tried to maintain neutrality for several months more, but France's surrender and Britain's retreat from Europe rendered meaningless their assurances to Romania. Great Britain and France obviously would be unable to help Romania at all in the foreseeable future. Carol decided to strike a deal with Hitler, though how much that was his idea and how much Antonescu's is open to conjecture.


Things changed again in September 1940. Pro-German anti-Bolshevik Prime Minister Marshal Ion Antonescu staged a coup d'état against Carol II, whom the Marshal claimed to be 'anti-German'. Carol (with his mistress) went into exile. Young Michael was reinstalled as King, but he was only a puppet to the Prime Minister and his fascist Iron Guard cronies. Michael remained king throughout the war, powerless.


Antonescu was never very popular, but he had the reins of power via 'royal decrees' which he drafted himself. After various provocations by the Soviets, such as their occupation of Bessarabia in 1940, Antonescu committed the country to a massively self-destructive war on the Soviet Union with the Germans in the hopes of winning territory in the East. Romania had held territory in the southern Ukraine during the middle ages, and it still felt that it deserved title to it. Thus, to many Romanians, Romania was not 'conquering' territory, it was simply recovering territory that had been stolen from it hundreds of years ago. That kind of sentiment is what leads to wars.


Thus, the Romanian desire to recover that territory is understandable to Romanians, even if the means that Antonescu and his cronies employed to effect that recovery were completely abhorrent, illegal and wrong-headed.


However, with Soviet troops advancing on the capital, on 23 August 1944 Michael collaborated with others and ordered the palace guard to arrest Antonescu, just like King Victor Emanuel of Italy had arrested Benito Mussolini the year before. After Adolf Hitler, who liked Antonescu, had the Luftwaffe bomb Bucharest in retaliation, Romania declared war on Germany. It claimed to suffer 1.7 million casualties while fighting the Germans and driving them out of the country.


Michael remained king after the war, but the Soviets were in complete control and decided everything. Their ultimate aim was to extinguish any remaining national spirit and pride; among their petty acts was to abolish celebration of May 10, the actual date of founding of Romania as a principality, and move the date to 1 December, a date which has virtually no historical resonance. They had no use for a king, especially one who was a bona fide war hero.


On December 30, 1947, with King Michael contemplating a marriage, he was called to the royal palace on a pretext. Upon arriving there, he was coerced by Soviet officials into abdicating the throne. Michael was forced to leave the country and became an émigré for over 40 years. He was only allowed to return to the country briefly on 25 December 1990, with the collapse of the Soviet Union. Subsequent short visits followed - delayed by the fear of then-President (and Communist) Ion Iliescu that Michael was becoming too popular. Only after Iliescu's defeat was Prince Michael's citizenship restored to him in 1997. His Majesty now is free to remain in his own country.


However, His Majesty King Michael I of Romania (his proper title) was not completely forgotten or ignored by the Allies. After the war, he was awarded, inter alia:


The 1946 Soviet Order of Victory apparently was used for political purposes by the Communist regime to foster the illusion that His Majesty Michael had voluntarily "given away as a gift" Romania to the Soviets. The other medals were in recognition of the fact that King Michael's personal acts measurably shortened the duration of the conflict, by some estimates up to six months.


While Michael is no longer acknowledged officially as King, the monarchy having been abolished, he remains extremely popular in his country to this day. In fact, his popularity has been increasing in recent years. By some polls, his popularity approaches 50%, with a small fraction of respondents having a negative opinion. In October 2012, celebrating Michael's 91st birthday, a square in Bucharest was renamed after him.


With his distant relation Queen Elizabeth II of England (both descended from Queen Victoria), they are the only two remaining rulers from the World War II era (King Simeon II of Bulgaria survives, but the monarchy in Bulgaria - unlike in Romania - was officially terminated in 1946, and the Dalai Lama remains but was never involved in the conflict). Considering that Queen Elizabeth was working in a motor pool during the war while Michael was King of Romania, he remains the only true world leader from the period of World War II, and one who personally influenced key events. 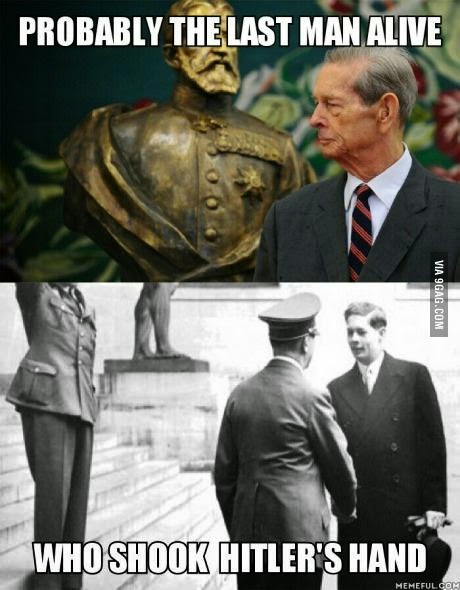 How Was Hitler's Invasion of Poland Different Than That of Austria and Czechoslavakia? 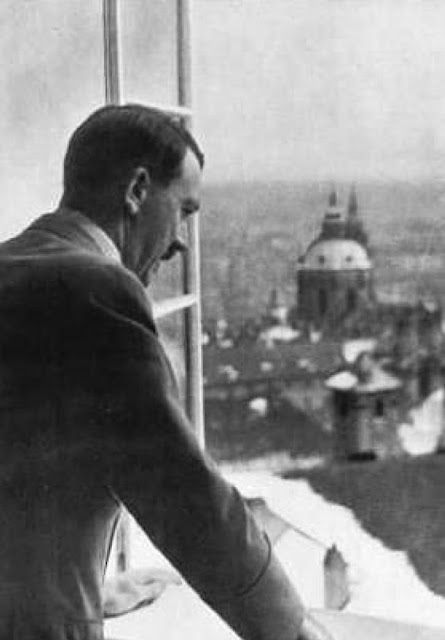