Comfort Women is the term given to women who were forced by the Japanese to service Imperial soldiers on duty. Many of them were from various Asian nations conquered by the Japanese army, including Korea and China. The Korean History Research Institute of Korea University is compiling a database on this era.

Women being held at the ready for soldiers during the "downtime" is nothing new. Armies of antiquity had "camp followers," and the practice has persisted through the ages. In fact, the term "hooker" was popularized by association with Union Army General Joseph "Fighting Joe" Hooker, whose headquarters in Washington, D.C. were considered scandalously festive.

Throughout history, the general practice was that camp women were voluntarily associated with the military formations to which they were "attached." Often, they were entire families following individual soldiers - there are pictures of wives cooking dinner for their husbands during military campaigns in the Civil War. Many camp women, though, were purely working girls. Soldiers are, after all, a steady source of clients for such services, and the men have nothing else to spend their pay on while "out in the bush." The Japanese, however, institutionalized this common practice and coerced women to staff semi-official brothels. In effect, they imprisoned the women and turned them into outright sex slaves, involuntarily, without compensation and without any control over their own bodies. It is vital to emphasize that the women were not prostitutes who received something for their services and did it willingly, but slaves treated no better than caged animals.

Tens of thousands of women - some say hundreds of thousands - were impressed into this horrible service. Researchers found that it involved all of the sordid practices that one can imagine in such situations, such as women tied down and physically forced to be available to all comers for hours at a time. 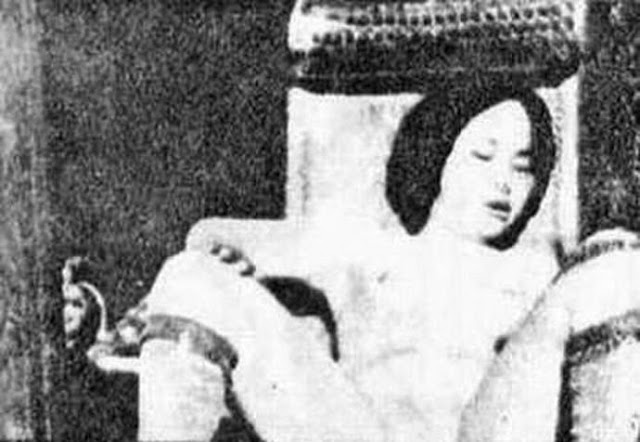 The practice was covered up the Japanese after their defeat, and largely forgotten until the 1990s. At that point, though, scholars began investigating various secret Japanese projects such as this and writing books about the practice. A public outcry arose to investigate the situation and make amends.

Tokyo, somewhat miffed and even mystified that this loose end of the war was still being discussed, finally conducted an official investigation. The government concluded that the academics were correct and the practice had occurred. An official apology for the practice was issued unilaterally by Chief Cabinet Secretary Hohei Kono in 1993. However, that did not end the matter. 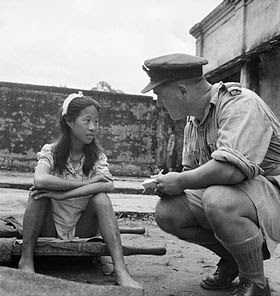 The survivors wanted compensation and official recognition. Tokyo at first refused to make any official settlement, considering the matter covered by the 1951 San Francisco Treaty and related agreements that assessed general penalties for the conflict. The government instead set up a fund for women from private donations. This did nothing but inflame the issue, however, as the Chinese and South Korean governments insisted on an official settlement agreement with all the trimmings. The tension was exacerbated by the fact that current Prime Minister Shinzo Abe repudiated the unofficial Kono apology early in his career, along with others who denied the dishonorable practice entirely. Basically, many in the Japanese government wanted to ignore the issue as already having been resolved. They found the entire discussion embarrassing and distasteful, if not entirely fictional. This was due to a mixture of national pride and outright denial. The victims still insisted on a conclusive settlement between governments specifically addressing the issue and wanted the denials to end.

Finally, after years of wrangling, Japan reached an official agreement with South Korea in January 2016, seventy-one years after the war. Under the agreement, the Japanese government agreed to provide $8.3 million in compensation to 46 survivors in exchange for putting the matter to rest once and for all - presumably. Prime Minister Abe said that he:


"expresses anew his most sincere apologies and remorse to all the women who underwent immeasurable and painful experiences and suffered incurable physical and psychological wounds."

Many were not entirely satisfied with the agreement and related statements, expecting a more explicit recognition of the situation and government culpability. Others continue to deny the practice existed at all. There are hard feelings on both sides. However, the issue of comfort women finally appears to be resolved. 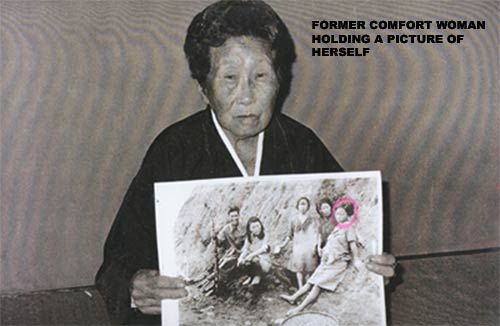