James Maitland Stewart (May 20, 1908 – July 2, 1997) was one of the best-known actors of his time. He starred in classic motion pictures such as "Rear Window" (1954), "Mr. Smith Goes to Washington" (1939), and "Vertigo" (1958). Here, though, we're not going to talk about his acting career much at all. Instead, we'll look at his other career as a World War II pilot and long-time reservist in the US Air Force. Much of the information in this article is contained in Robert Matzen’s book “Mission” and "Jimmy Stewart: Bomber Pilot" by Starr Smith.

Jimmy Stewart came from a proud military family. His third great grandfather, Fergus Moorhead, served in the Revolutionary War, and both of his grandfathers were soldiers in the Civil War. More recently, his father Alexander Maitland Stewart was a Captain during WW I and kept his old military medals on display in the family store. So, Jimmy Stewart understood the service, didn’t look down on soldiers, and embraced the army life. His father ran the J.M. Stewart and Company Hardware Store in Indiana, Pennsylvania. After going to prep school, Stewart matriculated at Princeton University, graduating with a degree in Architecture in 1932. He then set out to pursue a career as an actor during the worst year of the Great Depression.
After getting acting experience in plays throughout the northeast, Stewart signed a seven-year contract with Metro-Goldwyn-Mayer (MGM). His first film was "The Murder Man" (1935). Some of his old friends from his summer stock days such as Henry Fonda's ex-wife, Margaret Sullavan, helped him to get noticed, and this led to starring roles in progressively better pictures. Soon, he was starring in top productions such as "Vivacious Lady" (1938), "You Can't Take It With You" (1938), and "Destry Rides Again" (1939). For "The Philadelphia Story" (1940) he won the Academy Award for Best Actor, which wound up in his father's hardware store on display along with other family awards and military medals.
During the late 1930s, even while he was acting as a leading man, Stewart was quietly pursuing his life-long interest in aviation. He would spend his Sundays off from his acting duties flying his  Stinson 105 in and out of Mines Field (later Los Angeles International Airport, or LAX), which was surrounded by farmland. As a private pilot, he logged over 400 hours of flight and was considered a very capable pilot. Stewart worked hard and acquired a commercial pilot's license in 1938 that qualified him to fly multi-engine aircraft.

Jimmy Stewart actually wanted to serve in the military despite his high-profile career. This perhaps was because of his family's longstanding ties with the service. There are some who believe that his intensive pre-war flight training was designed exactly with this in mind rather than just being a hobby.
In any event, the draft was in effect and applied to everyone, including movie stars. Stewart’s draft number was 310 and his number came up in November 1940, but though he was 6-foot-3, Stewart was very gangly and weighed only 138 pounds. The Army turned Stewart down as unfit because of this, but unlike some other movie stars such as Orson Welles, Stewart decided not to take "No" for an answer. To solve his weight problem, he started eating spaghetti twice a day, supplemented with steaks and milkshakes, then reapplied.
At a second physical on 22 March 1941, he still hadn’t gained quite enough weight. However, he talked the Army doctors into overlooking this. Stewart then ran outside shouting to his friend, fellow actor Burgess Meredith: “I’m in! I’m in!” Thus, technically Stewart was "drafted," but there is a lot more nuance to Stewart's induction than simply being forced into the Army. He reported for duty at Fort McArthur.
Jimmy Stewart entered as a private and was stationed at Moffett Field, California. His later meteoric rise in the ranks can partially be explained by the fact that he had several advantages over other enlisted men. For one, Stewart entered the service long before Pearl Harbor. Anyone in the service before the mass entry of enlistees in December 1941 had an advantage. Plus, Stewart had another leg up because he was a licensed commercial pilot - a very rare and extremely valuable commodity indeed. He set to work skillfully parlaying his talents and qualifications to advance himself.
Stewart, as a college graduate, had the foundation for a higher rank right from the beginning of his service, but he did not just rely on that. Stewart's previous 400 hours were not quite enough to satisfy the regulations of the Air Corps proficiency board, so at his own expense, he paid for an additional 100 hours of flight time at a nearby airport. His hours logged as a pilot enabled Stewart to train for and earn his pilot wings at Moffett. Certainly, Stewart needed to be completely retrained for military pilot duties, but his commercial pilot license gave his request credibility and got him in the door. As Stewart himself later explained it, "there was a desperate need for instructors," and he already was a trained pilot, so the door was open for advancement.
Stewart studied hard to advance himself throughout 1941. This took up the remainder of 1941, and in December he was awaiting the results of his proficiency board examination on Pearl Harbor Day. His hard work paid off and he passed the test. Stewart thus earned a commission as a 2nd Lt. pilot at the beginning of 1942.
After earning his wings, Stewart instructed other pilots in flying AT-6 ("my first plane with retracting landing gear"), AT-9, B-17, and B-24 aircraft. His first base was Mather Field near Sacramento, California, but he was only there for a couple of months. He also trained pilots at Gowen Field outside of Boise, Idaho, and Kirtland Army Airfield in Albuquerque, New Mexico. He then was sent to the four-engine school at Hobbs, New Mexico (near Lubbock, Texas) in order to qualify on the B-17 Flying Fortress and learn how to train other pilots on it.
Stewart also did propaganda acting work throughout his service as the US Army ordered. He worked with the First Motion Picture Unit at Hal Roach Studios in Culver City, California, to produce shorts and also appeared on national radio shows. Stewart, however, was unhappy at remaining stateside. Now that he was qualified to fly the "big stuff" he requested a combat assignment. During an assignment at Sioux City, Iowa, Stewart was promoted to command of a B-24 Liberator squadron within the 445th Bombardment Group, and his wish to join the 8th Air Force in the United Kingdom was granted. Now a Captain, he led his squadron to Europe on the "southern route" through Natal, Brazil, across to Marrakesh, Morocco, and then up to England.
Jimmy Stewart flew 20 missions over Germany, a normal rotation (that commercial pilot license and resulting bomber pilot training proving its worth). He also was older than most other servicemen, being in his mid-30s, and that lends a certain gravitas that is conducive to promotions, especially in combat units. Stewart received a promotion to Major after a mission over Ludwigshafen, Germany, on 7 January 1944, then to full colonel on 29 March 1945. He became deputy commander of the 2d Bombardment Wing.
Stewart approached his service in a deadly serious fashion and viewed it as his “real job.” Fellow soldiers who served with Stewart said he was very by-the-book, courteous, a stickler for detail, and didn’t cut corners. He was never just "along for the ride," being on the radio during his 20 missions with a calm and distinctive voice directing the unit. The guys in his unit had a high survival rate due to his professionalism. His men came to see him as “Captain Stewart,” but others who didn’t work with him regularly still saw him as a movie star and treated him as such. He saw himself as just another proud US soldier.

Stewart was involved for some time as the presiding officer at a court-martial of a fellow pilot and a navigator who had accidentally bombed Switzerland. With his duties in England over, Stewart and eight of his men then returned to the United States aboard the ocean liner Queen Elizabeth (being used as a troop transport) because, he said later, "there weren't any planes left." After his return, he helped to found the Air Force Association in October 1945, then joined the reserves.
After briefly considering retiring from the acting business to run the family store in Pennsylvania, Stewart resumed his acting career with Music Corporation of America (MCA). His first post-war film was "It's a Wonderful Life" (1946), directed by his old colleague Frank Capta. There was a certain verisimilitude to the role, as Stewart reportedly suffered from some post-traumatic stress syndrome and this helped him to portray the anguish of his character, George Bailey. Stewart also had lived the situation of considering whether to remain in his home town to run a family business.
While not a great financial success at first, "It's A Wonderful Life" reestablished Stewart as a top actor, earned him another Academy Award nomination, and set him on the path of becoming a Hollywood legend. The film since has become a widely beloved classic and has been praised as one of the top 100 films ever made. Many other classic performances awaited, but it's clear that Stewart's first film back after his harrowing war service meant a lot to him. He called it his favorite film.
Stewart remained in the reserves until the Vietnam War, commanding Dobbins Air Reserve Base, Marietta, Georgia, in the late 1940s. He received his final active-duty promotion to brigadier general on July 23, 1959. Jimmy Stewart flew one last 13-hour combat mission from Guam during Operation Arc Light (1965-1973) as an observer in 1966 in order to satisfy some officer requirements. That flight came close to ending in disaster when some mechanical issues arose at the last moment, but the pilot successfully landed the bomber.
Stewart officially retired from the Air Force at the mandatory retirement age of 60 on May 31, 1968, when he was awarded the United States Air Force Distinguished Service Medal. President Ronald Reagan saw to it that Stewart was promoted to major general on the retired list in 1985. Stewart passed away on 2 July 1997 and is interred at Forest Lawn in Glendale, California.

Jimmy Stewart rising to the rank of Colonel was impressive, but it wasn’t unusual for Hollywood stars who took their service seriously to rise in rank. Robert Montgomery rose to the rank of Lt. Commander and was present at D-Day, Ronald Reagan became a Captain (and was denied a promotion to Major he thought he deserved), etc. But look, nobody’s trying to take anything away from Jimmy Stewart, what he did was phenomenal, exceptional, and a real testament to him.  Jimmy Stewart didn’t ask for any favors, he didn’t sneak back to Hollywood to make more movies, he earned what he got. Jimmy Stewart worked hard, he studied, he qualified, he volunteered, he survived, he scored. 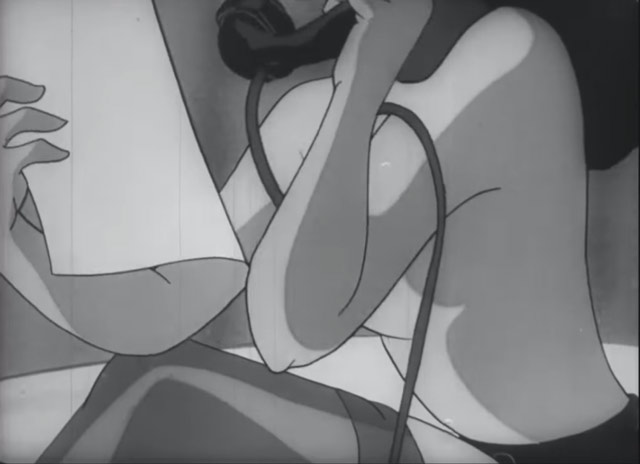