Life on the US Home Front

Life Goes on Back Home


The United States, alone among all the major combatants, suffered virtually no war damage on its shores. Yes, Pearl Harbor is in Hawaii, and the Japanese did invade the Aleutian Islands in Alaska, but neither place became a State until almost twenty years later.


The closest thing to actual war damage suffered on the Continental United States was a Japanese balloon bomb or two in Washington State close to the end of the war, and the rare sight of freighters torpedoed just off the coast. Aside from those incidents, the homeland remained unmolested.


That doesn't mean that life went on as usual. Far from it. The US was the "Arsenal of Democracy," as President Franklin Delano Roosevelt put it, and normal life changed for the duration. Below are a few examples of how the war affected ordinary citizens.

The war bond effort went into full swing right after Pearl Harbor. Celebrities such as Carole Lombard volunteered to help the war effort by helping to finance the war. Ms. Lombard crashed on her flight out of Las Vegas, Nevada back home in January, 1942 after the event pictured above.


Eleanor Roosevelt came into her own during World War II, exhorting the women at home to step up and help the war effort. While she was a teacher before becoming First Lady, the war propelled her into a whole new realm. She went on to a distinguished career of her own after the war. She was active in Civil Rights, and was a delegate to the United Nations General Assembly. Roosevelt also served as the first United States Representative to the United Nations Commission on Human Rights.

The war became entwined with popular culture. Films such as "Holiday Inn" and "Buck Privates" either partially or entirely glorified the war effort, and singing acts such as the Andrews Sisters performed in military attire and sang about their love serving in the military. "Johnny Got a Zero," a song about a real-life bomb gunner, was a popular song in 1943. Cheering on the war effort became quite fashionable.

Not only was it fashionable to glorify the war, but many celebrities rushed to enlist just like everyone else. Many of the biggest stars in Hollywood, such as Jimmy Stewart, Clark Gable and Mickey Rooney, joined up and performed honorable service. John Wayne suffered the stigma of not going on active duty for the rest of his life, though his trips in military uniform to forward areas in Australia to boost troop morale never were properly appreciated.


Everybody knows the buzz words "Rosie the Riveter," and women really did take on many crucial tasks on the home front. They build fighters, ferried aircraft, took over farming chores, and did everything that needed to be done while their men were off on distant fronts. This caused some problems after the war, as not only did the returning GIs need to find employment again, but the country entered a Recession due to the cutting off of wartime defense spending. The film "The Best Years of Our Lives" neatly summarizes the difficulties many veterans experienced upon returning home.

Everything seemed to be in short supply during the war. Everything ran on oil, and there simply wasn't enough being produced to satisfy all the military needs plus allow everyone on the home front to fill up their tank. Once you used up your ration ticket amount, you were done until you could use your next ticket.


The amounts of things permitted such as gasoline weren't great, maybe four or eight gallons of gasoline a week unless you had some special status. Cars didn't get great gas mileage in those days, either. For most, it didn't really matter, since Detroit wasn't making passenger vehicles during the war in any event.


The interior of the United States took on an importance it never seemed to have before. Many prisoner of war camps were established far from the coasts, and farmers hurt by the 1930s dust bowl experienced a huge revival as they had to feed the Allied troops, prisoners and many liberated countries. Farmers whose land had been next to worthless before the war found themselves millionaires afterwards if they owned their own land - which many, of course, didn't. 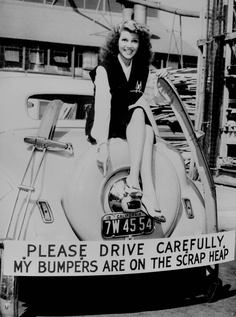 Rita Hayworth gave up her bumpers for the war effort


Oil and steel were required in massive quantities, as all those Liberty Ships and aircraft carriers being built required trainloads of steel. Scrap drives took place throughout the war, even extending to the seemingly petty contributions illustrated above. Learning to live without normal things was simply part of the wartime experience. 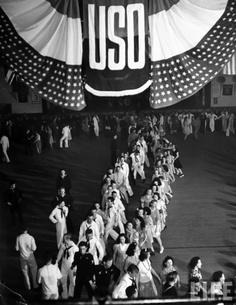 
That doesn't mean that wartime life had to be grim all the time. There were plenty of unattached ladies, and all those young soldiers and sailors in their snappy uniforms. This also led to the famous "Dear John" letters, when the girls back home found other pursuits while their boyfriends or husbands were manning guns in one of the theaters of operations. USO halls entered their own, and a lot of publicity was given to the "Hollywood Canteen" where famous stars of the day such as Barbara Stanwyck put in regular hours serving beers and even occasionally dancing with ordinary guys. Whatever it took to aid the war effort, people were willing to give.


Things actually got a little crazy, compared to former times, with all sorts of promiscuity. Anything for the war effort, right? Stay far away from those dangerous dance halls, girls!


Fighting sexually transmitted diseases was a major problem for the military throughout the war. The above poster was a punny attempt to attack the problem at its source.


The airplane assembly lines in California were running full tilt. One of Robert Mitchum's stories was that, during the war, he worked on an assembly line next to an ordinary girl who seemed fun, but was nothing special. Her name was Norma Jean. Years later, they met again after both achieved Hollywood success, Mitchum as a tough guy in films like "Cape Fear," and Norma Jean in films like "Some Like it Hot" under the name (apparently coined by Mickey Rooney, or so he claims) of Marilyn Monroe. 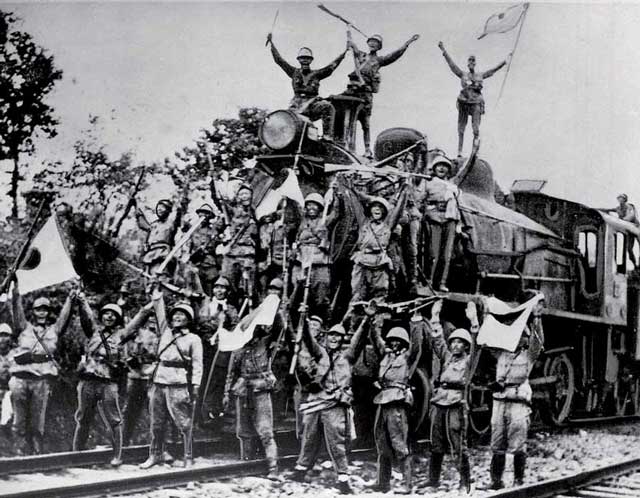