I admit that this is a very male-heavy blog. I would wager that well over 95% of the pictures that include depictions of people are of men, or they at the least are the dominant people featured. Nothing wrong with that: war pictures are what they are. 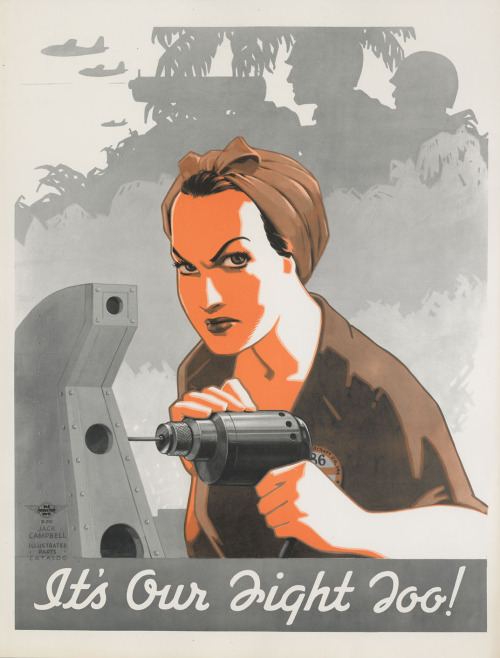 Men fought and died and thus they are in most of the photos. However, women also contributed to the war effort, and they deserve their due just like guys that drove tanks and commanded ships.


We've all heard the cliché about Rosie the Riveter. Of course, she wasn't just that - she was a real war worker. I've featured the woman behind that iconic image elsewhere. She worked at the famous Ford Willow Run plant in Michigan, along with many other hard-working women.


So, on this page, let's take a look at some unknown women (at least at the time) of World War II who built all those shiny machines that won the war: the women who won World War II. 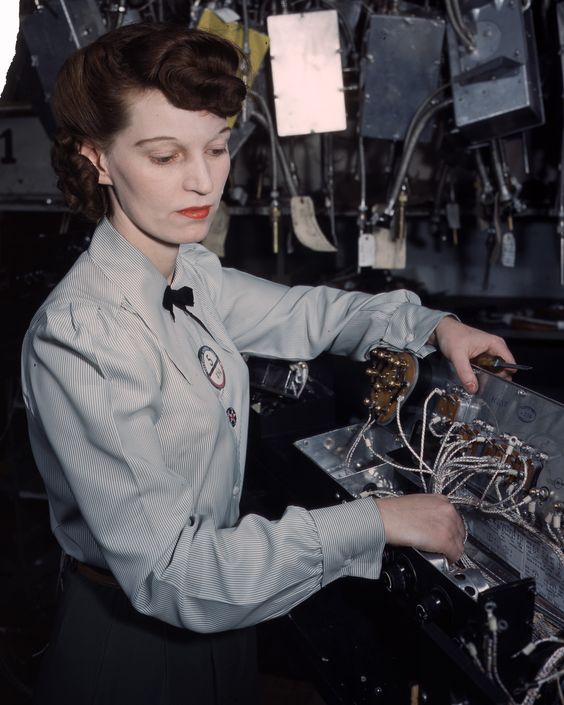 President Roosevelt coined the phrase "arsenal of democracy" to describe the primary role of the United States during World War II.


It was a throwaway line in one of his fireside chats, but it stuck.


Women made the United States the Arsenal of Democracy as much as men did.


The United States certainly was the arsenal of democracy during the war. It produced enough equipment to equip many, many more divisions than the States actually fielded during the war. 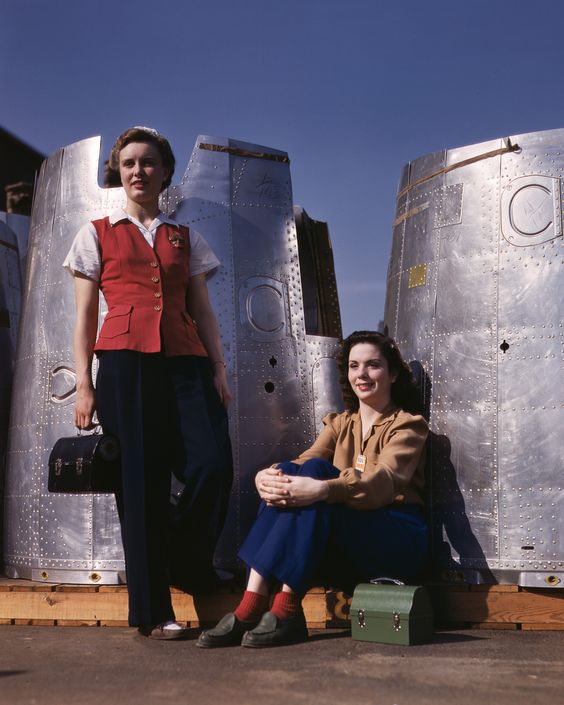 It is estimated that the US produced enough equipment and related products to equip some 600 divisions. It may have been more than that, but that is the figure that I have seen.


Since the US only fielded 90 divisions itself, the vast majority of that equipment went overseas to equip Great Britain and the Soviet Union. And, a division requires a lot of equipment, so the amount produced is staggering.


The equipment was not just produced in bulk. The Soviet Union did that also, and did it well. The genius of American industry was that, at least in most areas, its equipment was cutting edge and often of much greater effectiveness than that of other nations. For instance, the picture above shows the first drone in military history - along with the pretty lady. Nobody even knows about a lot of the US advanced equipment, that illustrates how many industries it led.


Certainly, there were some areas where the United States did not produce the best equipment. Its armored vehicles were behind the times and no match for the best German or Soviet tanks. A Sherman tank was a death trap when facing a Tiger tank.


The United States' mass-produced planes, though, essentially won the war. While the Luftwaffe had some more advanced models, its mass-produced bombers were no match for USAAF bombers; its fighters were at the very best, and with a bit of a stretch, only the equal of the best US fighters like the North American P-51 Mustang. The combined power of clouds of heavy bombers protected by effective fighter escorts was overwhelming.


Thus, if there was one area of warfare that the United States absolutely dominated, it was aerial bombing. There wasn't a nation on earth that had better bombers in the quantities that United States factories could churn out. The Ford factory at Willow Run, Michigan was cranking out 600 B-24 Liberators a month, 9,000 total. They were stunningly effective bombers, and no other nation's bomber production even came close. And that was just one factory for one bomber! There were many other dominating US bombers such as B-17s, B-29s, and B-25s.


All that production won the war. It made the US the arsenal of democracy. And, that only came about because of the efforts of the women behind the scenes doing the dirty work on factory floors.


So, here's to the ladies who won World War II!