Operation Weserübung, the invasion of Denmark and Norway, was one of the Wehrmacht's biggest successes. It solved numerous problems, such as protection of the Reich's iron ore supplies, and gave the Kriegsmarine numerous benefits. The operation took only a month before it essentially was over. However, Adolf Hitler was a nervous wreck at various points, and he issued some rash orders out of fear and paranoia. One of those orders resulted in the Battle of Dombås.


Hitler, as always, had his eye on the map. A glanced revealed that Dombås was a crucial road and rail link between southern Norway and the northern ports. A block at Dombås could bottle up the Norwegian government. It also, though it is unclear if Hitler had this in mind, prevent the escape of the Norwegian gold reserves.


The problem was that the Wehrmacht was nowhere near Dombås. It had troops at Trondheim and Kristiansund and Oslo in the north, but nothing in the heartland. The Norwegian government, led by King Haakon, was far south at Elverum, but they could hop a train and be at a northern port within a day. There, the British could pick them - and the gold - up, and they would no doubt form another of those governments-in-exile which were such a nuisance to Hitler. The train, however, would have to pass through ... Dombås.


Hitler had one ready tool available: airborne troops. He issued the appropriate orders, and the Battle of Dombås began on 14 April 1940 when Junkers Ju 52 transports dropped elite paratroopers (Fallschirmjäger) of the 7th Flieger Division near the railroad junction at Dombås at about 18:00. Unknown to the Germans, the drop was in the middle of a temporary encampment of the 2nd Battalion of the Norwegian Army′s Infantry Regiment 11 (II/IR 11). The Junkers Ju 52 planes flying at treetop level came under fire from all directions, and the planes returned fire as best they can. The Junkers Ju 52s carrying the elite paratroopers loss 8 of their 15 number, and the remainder were shot up.


It thus is an extremely hazardous drop in poor weather, completed just south of Dombås only because it was a Hitler order which must be obeyed. The paratroopers were spread out over a wide area, which was typical of such operations, and the majority never made it to the objective. Out of a force of 185 men, only 63 wound up with the commander, Oberleutnant Herbert Schmidt. The operation had been assembled so quickly that the men on the ground barely had any maps. It was a "wing it" type of operation - but sometimes that works.


The Norwegians heard about the paratrooper attack quickly. It led to the quick decision to evacuate the national gold reserves to Britain via British cruisers. The attack sowed terror and confusion throughout the Norwegian government and military - everyone throughout the country soon is talking about "German paratroopers" and looking over his or her shoulder. The Norwegian mobilization, which was very slow to start with, was further delayed by the inability of prospective soldiers to move through Dombås and get to their assigned units.


The main objective at Dombås was the destruction of the railroad which runs through the town, along with the road junction that led south to Oslo and east to Sweden. Road junctions were vital objectives in Norway, because the few roads ran along only a few long mountain defiles which were the only path for vehicles. Schmidt quickly blocked the main road in the area and cut the phone wires running alongside. Having collected his men, he then captured a passing taxicab. Piling as many men into it as possible, Schmidt and the men headed north to Dombås. He told the rest of his troops to follow on foot.


Not far up the road, Schmidt's taxi ran into two truckloads of Norwegian soldiers coming the other way. After some confusion, a firefight broke out, and Schmidt's advance was stopped. He took up a defensive position near the main road - thus blocking it - and waited for his other men coming along behind (walking) to catch up. Schmidt was badly wounded, shot twice in the guy, but retained command. The troops took up positions on a hillside overlooking the main road.

Oblt. Schmidt and his men began the next day, April 15th, at their position at Hågåvollen, a farm on the highway five kilometers south of Dombås. The men left behind on the road caught up during the night, so Schmidt again had over 60 men with him. Then, he had his men blow up the nearby railway line in three places, which closed the line for 24 hours.


The Norwegians now knew there was a German force in the area, but knew little else. Kaptein Eiliv Austlid of the Norwegian army was tasked with clearing the road and rail line, which King Haakon and the rest of the government - and the gold - would have to use as an escape route. He brought two heavy machine gun platoons which had a total of 41 men. The Norwegians counterattacked quickly, but it failed in deep snow as the Germans had chosen an excellent defensive position on a hilltop. Austlid was killed while storming the dug-in Germans, shot through the chest. The Germans captured 28 of the Norwegians. The Fallschirmjäger remained at that location throughout the day as the Norwegians regrouped and assembled more forces.


Schmidt continued negotiating, waiting for darkness so he and his men could make a run for it. The Norwegians finally lost patience and attacked again. At that moment, fate struck, for a blizzard descended on the area. The Germans launched an unexpected attack through the snow, and it sent the Norwegians reeling back to Dombås. After dark, the Fallschirmjäger slipped away to the south.

Meanwhile, Norwegian troops nearby were rounding up the numerous Fallschirmjäger who had wound up far from the drop zone. Some 22 were captured at Kolstad, and another 23 at Bottheim train station. They were not participating in the battle anyway, so their loss did not affect operations.


The Germans slept in the woods as best they could, then set out along the road to Dombås at first light on 17 April. Oblt. Schmidt had captured three heavy machine guns from the Norwegian companies that had attacked on the 16th. The 60-odd men moved in a column, armed to the teeth. At the front were soldiers with hand grenades, followed by captured trucks carrying the wounded and POWs. Schmidt himself was badly wounded, but remained in command.


The Fallschirmjäger ran into a Norwegian roadblock at Landheim bridge. The 25 Norwegians were no match for the desperate Fallschirmjäger troops and quickly withdrew to Dovre Church. The Germans blocked the road at Einbugga road bridge, between Toftemo and Dovre to the south and looked for somewhere to hold out.


The Fallschirmjäger force wound up on 18 April at the North and South Lindse Farm just south of Dombås. They took over the stone barn, which was quite formidable. The farmstead was on a hillside and overlooked both the main road (700 m (770 yd) away) and the vital rail line (250 m (270 yd) away). Oblt. Schmidt was carried to the barn on a door by Norwegian POWs. The Germans had taken 15 military personnel and 40 civilians as prisoners, which they keep at South Lindse.

The Germans, while obviously desperate and under attack, did not unduly harass the Ulateig family that owned the farm. Egils Ulateig, the grandfather of the farm, disregarded a command not to enter the barn, the heart of the defense, blithely stepping over a barricade to feed the cows, sheep and goats. The Germans smiled and let him go, saying "Du bist ein gute mensch."


The Norwegians had to clear the road and rail line. They brought in troops to the north, a battalion of I/IR 11, and to the south, I/IR 5. There were several other Norwegian units helping out, and fenrik (Second Lieutenant) L. K. Løkken of the Raufoss Anti-aircraft Command had brought a 40 mm anti-aircraft gun. The 40 mm gun was positions at Dovre Train station and used as artillery against the barn and other German positions, but not the farmhouse where the POWs and Ulateig family were located.


The Norwegians attacked from the south at dawn on 18 April, raking the stone barn with heavy fire. The Germans were trapped in the barn with ammunition running low.


The situation looked dire, but unexpectedly a Junker Ju 52 appeared overhead and dropped ammunition, warm clothing, provisions, medical supplies and the radio frequency for communicating with headquarters. These were their first supplies of the operation. Later, a Norwegian officer approached demanding surrender. Schmidt rejected the demand. The Norwegians then resumed fire with the 40 mm gun. The barn became untenable, and at the end of the day the Germans retreated to the farmhouse where the POWs were being held.

The Norwegians continued shelling the farm with their 40 mm antiaircraft gun throughout the night.


The Fallschirmjäger were surrounded by vastly superior Norwegian forces, but still determined to hold out. The Norwegians brought up a rail-mounted howitzer manned by Royal Marines. The howitzer opened fire at 06:00 on 19 April with an opening barrage of 10 rounds.

Another Junkers Ju 52 then appeared overhead which, under different circumstances, might have been a stroke of good fortune. Schmidt, though, knew there was no hope, as there were no Wehrmacht troops advancing to link up with them which had any hope of arriving in time (the 196th Infantry Division occupied Dombås on 30 April). Schmidt told the Junkers pilot that he was going to surrender, and the transport left without dropping its supplies.

Schmidt then sent out his second-in-command, Leutnant Ernst Mössinger, with a white flag to see what kind of terms he could get. Norwegian Major Arne Sunde demanded unconditional surrender and gave Schmidt 10 minutes to send up flares to signify surrender before he would open fire again. Mössinger returned to the farm, and just before the deadline the Germans fired off the flares.


At that point, there were 45 Fallschirmjäger left, of whom 6 were wounded. The captured Germans were transported by train for incarceration at Dombås (ultimately to be freed by advancing Wehrmacht troops). The elimination of the Germans at Dombås cleared the vital rail line and road junction. This facilitated the escape route for King Haakon and the rest of the Norwegian government to England via the port of Andalsnes.


With the conclusion of the Battle of Dombås, the gold reserves of the Norges Bank (Bank of Norway) could be secured. They had been in Oslo at the beginning of the war, then taken to Lillehammer. The journey further north, however, had been blocked by the Germans at Dombås. Once the Fallschirmjäger company surrendered on 19 April, the path finally was clear to get it out of the country. The gold, contained in 820 large boxes and 725 smaller crates, was sent by train via Dombås to the British base at Åndalsnes during the afternoon of the 19th, arriving at the port late in the evening - along with King Haakon and the rest of the Norwegian government.


The whole shipment weighed 49 tons, and ultimately it was shipped beginning on 26 April 1940 in small chunks to minimize the risk of loss. The first chunk, 8 tons, was loaded onto the cruiser HMS Galatea on the night of 25/26 April and taken to England. With it went Norwegian Director of Shipping Oyvind Lorentzen, who was to arrange for the Norwegian merchant fleet to be placed at the Allies' disposal.

The remainder of the gold followed King Haakon and the government, who hitched a ride on HMS Glasgow from Molde to Tromso on on 29 April 1940. The Glasgow also took Crown Prince Olav, Prime Minister Nygaardsvold, and much of the rest of the Norwegian government. The Battle of Dombås caused serious inconvenience to the Norwegians and Allies, but ultimately proved not to be a factor in the outcome of the campaign. King Haakon escaped, and so did the gold. 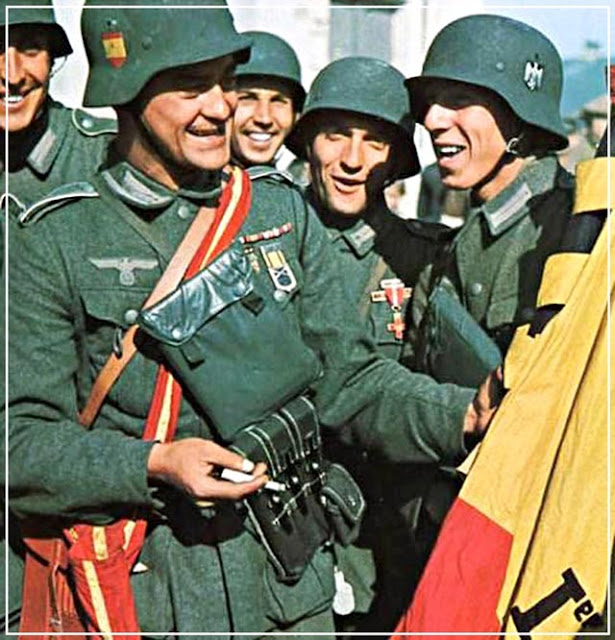