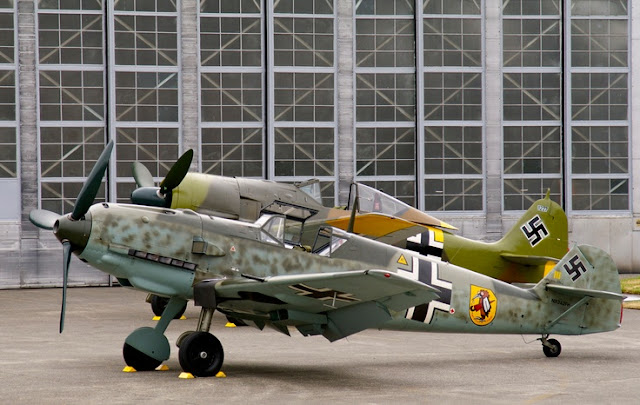 One of the true unsung heroes of aviation history is Kurt Tank. Unknown outside circles such as, well, this one, Tank came up with truly phenomenal designs that gave the Luftwaffe its bite. As lead designer at Focke Wulf, Tank was behind such masterpieces as the fast Fw 200 Condor, which Hitler used as his personal transport. The crowning jewel of Tank's career was the Focke Wulf Fw. 190.

Tank did not get it right the first time. An expert at flying boats and airliners, Tank's first fighter effort, the Fw 159, was a miserable failure when it competed against the brilliant Messerschmitt Bf 109 in 1935. However, the Luftwaffe was ramping up fast, and another opportunity presented itself in the autumn of 1937. The Luftwaffe (RLM) sent Focke Wulf a specification for another fighter which would supplement the Bf 109, under the hoary old theory that two alternatives are better than one. 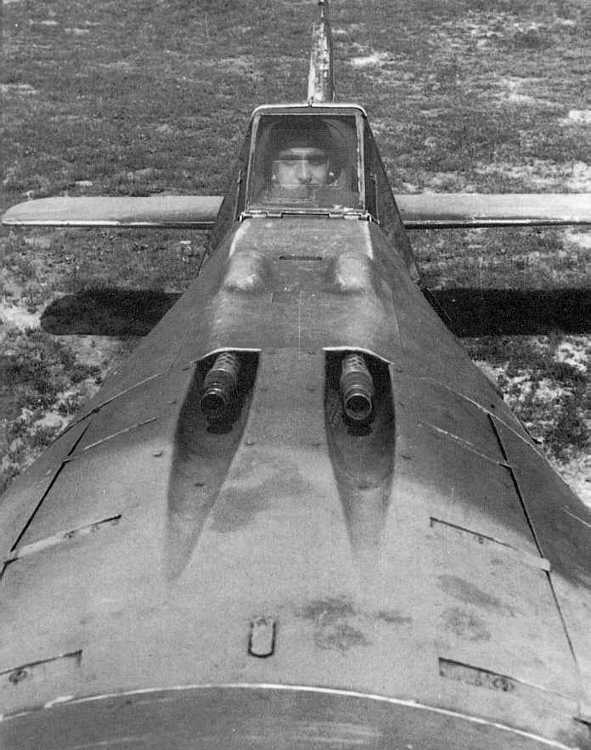 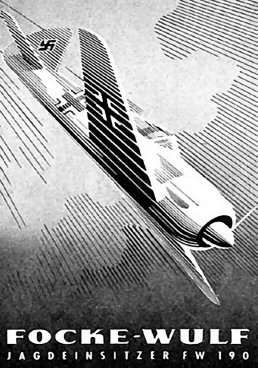 Tank also knew that overseas air forces such as that of the US Navy was using radials. The RLM took some convincing, but Tank afterwards denied that it was a "hard sell."


The RLM authorized three prototypes, and the first flew on 1 June 1939. The engines still needed some work, but the plane was fast. BMW was tweaking the engine, and ultimately perfected the BMW 801 with 14 cylinders instead of the original 18. This took some time, and Tank used the time to re-work the fuselage and wings. He wound up with a plane with a slender fuselage, low wings, a powerful engine and excellent pilot visibility. That practically defined success for World War II fighters. The RLM ordered 40 preseries Fw 190s, and then 100 of the first production model, the Fw 190 A-1.


The first production series, the Fw 190 A-1, went into service in July 1941. After the pilots became familiar with it, the A-1 encountered Supermarine Spitfire Mark V's in September 1941. The armament of four machine guns, though, was lacking, as the standards of the day required both machine guns and 20 mm cannon. The cannon, along with some improved engines, were included in subsequent "A" versions which included specific types for different purposes (fighter-bomber). The Fw 190 A series stretched out to 1943, with a maximum speed of 389 mph (626 km/hr) at altitude. 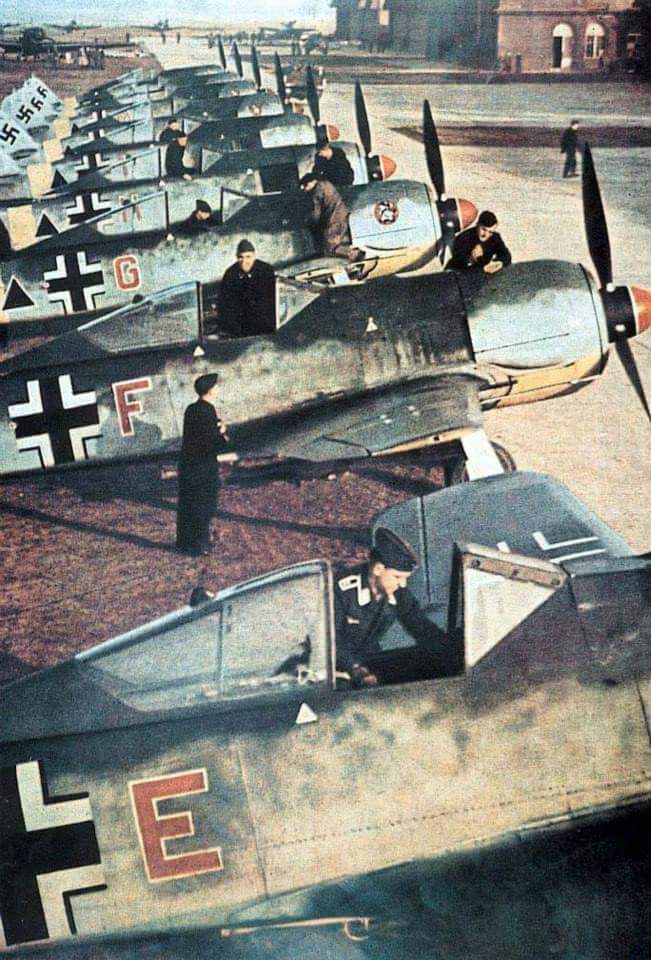 The Allies, of course, noticed the new German fighter immediately. It was obviously an excellent design with high performance, and a tough customer for the Spitfires. Fw 190s were considered superior to the Bf 109s at lower altitudes where many interceptions took place. The competition spurred both the Allies' designers and the Luftwaffe to continue enhancing their designs. The plane was considered so special that the British planned a special operation to capture one from France, but then one literally fell into their hands without any effort at all.


While the Fw 190 design was superb, the real key to its success, as with any World War II fighter, was the engine. Kurt Tank defied convention by trying a huge Junkers Jumo 213A V-12 engine in the Fw 190 airframe, and it worked spectacularly. The new version was much faster than the Fw 190 A series, as the engine could generate a phenomenal 2,240 hp when called upon. The Jumo engines were very long and created a noticeable elongation of the front of the plane, so the Fw 190 D series became known as the "Long-nosed Doras."


The Fw 190 D series took a while to develop (Tank first tried the concept in early 1942), and weren't ready for squadron use until 1944. The front-line units such as JG 26 were suspicious, so they sent some pilots back to test the plane before they would accept it. They found the plane to offer excellent performance, with some versions reaching a maximum speed of 425 mph (685 km/hr). The Fw 190 D went into squadron use in September 1944, and this is the version that old Luftwaffe pilots speak about with the most affection. The Fw 190D was competitive not only with the most advanced Spitfire Mark XIVs, but also with the widely feared North American P-52Ds. Unfortunately for the Luftwaffe, though, events were moving quickly on the battlefield. The Allied bomber streams were too intense for any one fighter to overcome. By the autumn of 1944, its fighters were so overwhelmed that the superb Fw 190Ds were used primarily for airfield defense for the new jet Me 262s.


The Fw 190F added bomb racks and eliminated the cannon on the wings to save weight. To accomodate the bombs, which would slow the plane down and make it heavier, the plane's cockpit armor was increased and the landing gear strengthened. The Fw 190 F-1 flew in late 1942, and subsequent versions went into production in 1943. The final versions, such as the Fw 190 F-8, were capable of carrying fourteen 210 mm rockets or six 280 mm rockets. Other variants had heavy cannon for tank-busting. These last versions came out in late 1944 and were used on the Eastern front.


The Fw 190G had some major improvements over the F series, such as greater bomb capacity and bigger fuel tanks. This version kept the cannon the wings but removed the two fuselage machine guns. The G series was considered a superior design to the F series, and it was given production priority. A few were on the battlefield in time for the conclusion of the North Africa campaign. The top versions of the Fw 190 F and G versions used BMW 801 D-2 14 cylinder radial air-cooled engines, which gave the aircraft a top speed of 393 mph (694 km/h), which was exceptional for a fighter-bomber.


By the end of the war, Kurt Tank was acknowledged as one of the top aircraft designers in the world. He was given the supreme honor of having the last version of the classic Fock Wulf fighter bear his initials rather than those of the company. This was the Ta. 152, a radical re-design of the Fw 190 which was the ultimate culmination of the entire project. 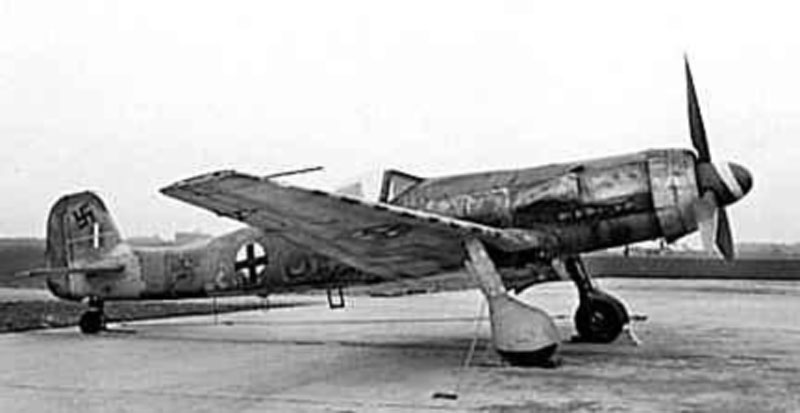 The Ta 152 was a truly superb fighter. It had a ceiling of 48,684 ft (12,500 m), more than double that of earlier versions, and it could reach 471 mph (759 km/hr). These specifications outclassed virtually every other piston fighter in the world, and was not too far behind some of the new jet airplanes. The performance was more a result of the overall streamlined design than just the liquid-cooled engine, which was a Junkers Jumo 212 E-1 12 cylinder V which generated 1,750 hp.


The Ta 152 was not some last-minute desperate gimmick. He had been working on developing a high altitude interceptor since 1940. Reports about the new Boeing B-29 Stratofortress in 1942 accelerated the need for such a fighter. Tank came up with two versions of his new design, one as an escort fighter (Begletjager)  and the other as a high-altitude interceptor (Hohenjager). The fighter had a pressurized cockpit for operation at such extreme altitudes. Development once again took a long time, and the first service version was the Ta 152H in the autumn of 1944. This proved to be an excellent performer, and production series Ta 152 H-1s rolled off the production line in December 1944.


Only about 150 production Ta 152s were completed. Just as with later versions of the other series, despite its high performance, the Ta 152 was relegated to airfield defense. The Ta 152 could outrun virtually any Allied fighter that it met, and Kurt Tank himself proved this when he was bounced by some P-51Ds in December 1944 over Cottbus, Germany and outran them to safety.

The Fw 190 series was hugely important to the Luftwaffe. Some 20,000 were built, 13, 367 of them as interceptors. Some 23 copies still exist in museums. While inferior fighters could be extremely useful on some of the fronts, pilots fighting the most advanced Allied designs on the Western Front needed every bit of performance that that they could get. The Fw 190 kept the Luftwaffe truly competitive deep into 1944 and gave it a versatility that it otherwise would not have had. One of the least-appreciated aircraft of the war in relation to its true value, the Focke Wulf Fw 190 must be considered the "best" German fighter which accomplished the most for the Luftwaffe. 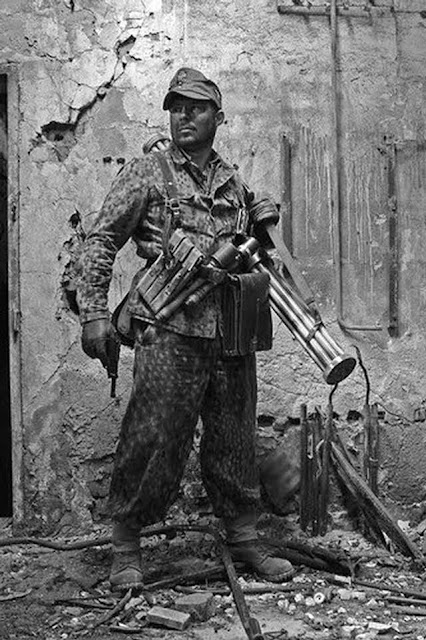