In the 1980s, the cutting-edge of aviation technology was stealth aircraft (and remains so today). However, the Germans got there first... in 1945. The world did not appreciate their genius for another forty years.

The Horten brothers, Walter and Reimar, were glider designers. Gliders were all that Germany legally could design under the terms of the Treaty of Versailles, and the Horten Brothers had fun designing alternative designs for their gliders. The brothers were fans of Alexander Lippisch, who pioneered delta-wing aircraft designs. This culminated in in their Ho IV glider, which was extremely streamlined (the pilot lay prone). They joined the Hitler Youth in 1933, and continued their glider experiments.


Both brothers became Luftwaffe pilots, but they retained their interest in design. They were looked upon as interlopers by the real aircraft designers, but had the advantage over others of being actual Party members.

They were good pilots: Walter flew as Adolf Galland's wingman for a while and was credited with seven kills - not much by Luftwaffe top gun standards, but still quite respectable. Wingmen generally did not get many opportunities for kills of their own, so he must have been a patient, steady pilot. 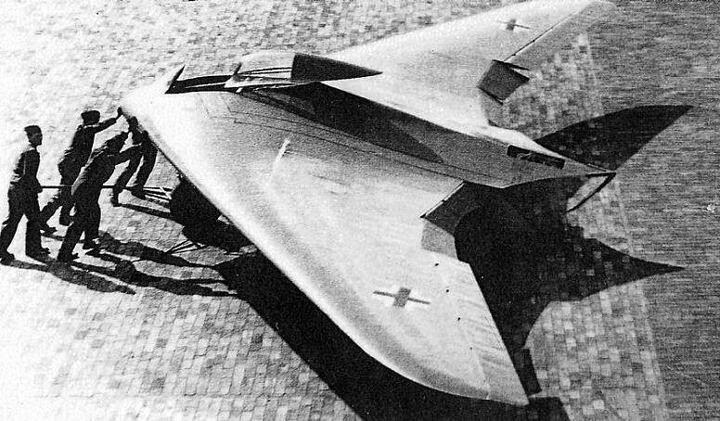 The brothers' best - and legendary - design was the Horten 229. It was a jet-powered flying wing that was built and flew before the end of the war. Hermann Goering had put out specifications for a project called ‘3x1000’ – aircraft that would be able to carry a 1,000kg (2,200lb) bombload 1,000 miles (1,600 kilometres) at 1,000km/h (625mph). These were Utopian ideals, but the Hortens took on the challenge. The brothers came up with other advanced designs as well, but they were never built except as gliders. They also participated in the Amerika Bomber project. But the Ho 229 is their legacy.


Three Ho 229 prototypes were built: an unpowered glider, and two with jet engines. The second prototype flew on 2 February 1945, performed well, and landed. A few weeks later, it crashed whilst on another test flight due to engine failure, but the design had been proven sound. The war ended before any of their projects could see combat. Out of anything that flew during World War II, this was perhaps the one whose basic design principles resonated the longest down through history and, indeed, remain embodied in present-day military aircraft.


Captain Brown also was asked (minute 7:50) about the Horten Brothers' flying wing, which came along too late to see combat.


"What's your opinion on the Germans' flying wing design, the Horten 9? Do you think they would have made a good plane?"

"Oh yes, I believe the Horten brothers, who were specialists in tail-less aircraft or all-wing aircraft - it's a difficult formula to get right, but when you get it right, it pays huge dividends, and the Horten 9 they had certainly I think got it right. And the great pity is that although we captured one which could have been repaired and it went to the United States, it was never brought to fruition. We know it has flown, it flew about four times, but not with what I call an experienced test pilot, but I had great faith in the Horten brothers."

The Horten 229 (or 9, as some call it) was not a fantasy aircraft; it was built and flown several times in test flights. It had a very low frontal profile and was made of wood, so it had a minimal radar signature.


Recent tests of full-size replicas made according to the original designs assigning it a 20% smaller blip on a standard radar screen than its size otherwise would indicate.


No Horten remained intact after the war, only fragments. The third prototype (Ho 229 V3) was taken to the British testing facility at Farnborough, near London, and thence to the United States The Germans typically did not want their equipment captured intact. It was a point of serious pride, especially within the Luftwaffe. However, this one got by them.


Only the small central section was salvaged from a forgotten hangar, the Germans having destroyed the wings themselves before its capture. However, enough was known to be able to recreate the entire thing. The wings, in fact, were vital to the design: the genius was in using a ‘bell-shaped’ wing to cancel out the yawing issues an aircraft without a tail usually suffers, but which also reduced drag. At the time, an elliptical wing was in vogue (e.g., the Supermarine Spitfire), so the design truly was revolutionary. And it worked. The wings reflected principles established by Ludwig Prandtl, another German designer, who theorized that the shape of the wingtip was massively important to flyability. Prandtl also had come up with a bell-shaped wing in the '30s, but it is unknown how much, if any, that had on the Hortens.


The Smithsonian Museum has the only surviving Horten 229, but it was locked away in storage and never restored until recent attempts. That is a pity, because the Americans were trying to perfect the design in the 1950s through the 1990s, and never could get it quite right. The Hortens, it seemed, had the answers all along. Recent designers such as NASA's Al Bowers, chief scientist at the Neil Armstrong Flight Research Center in California, are incorporating the Prandtl/Horten solution into futuristic concepts that may someday fly on Mars.


Pictures of the Surviving Horten Ho 229 V3 at the Smithsonian 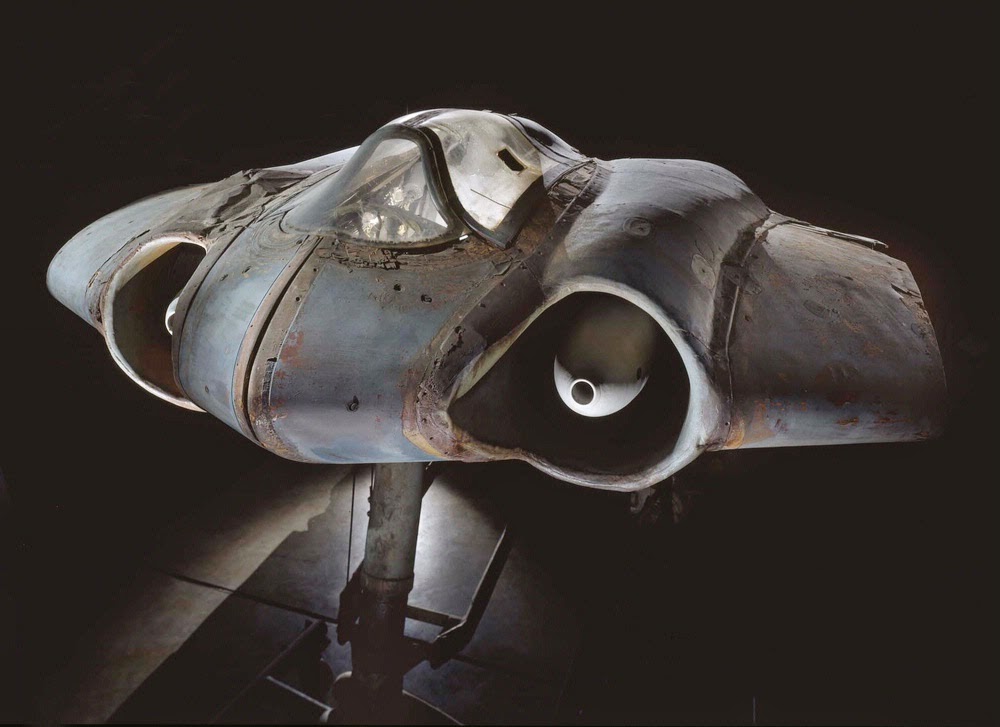 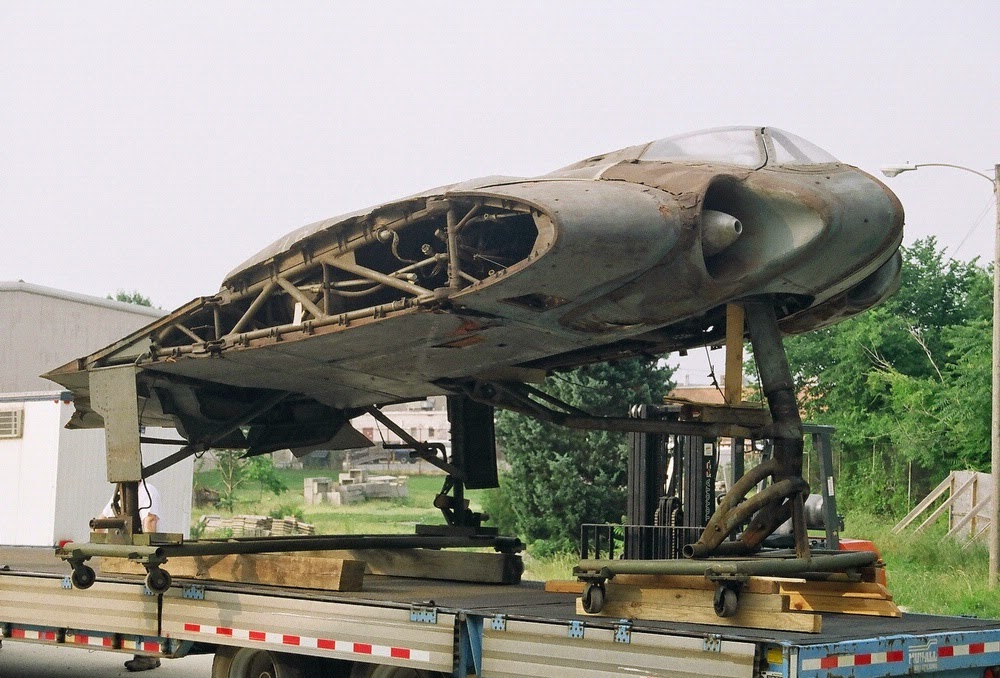 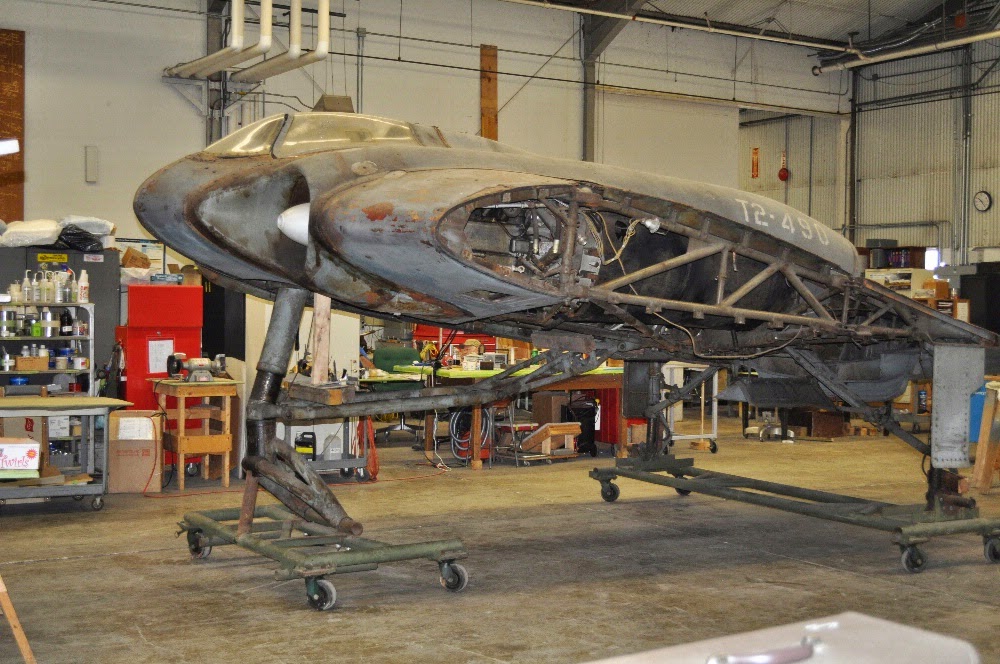 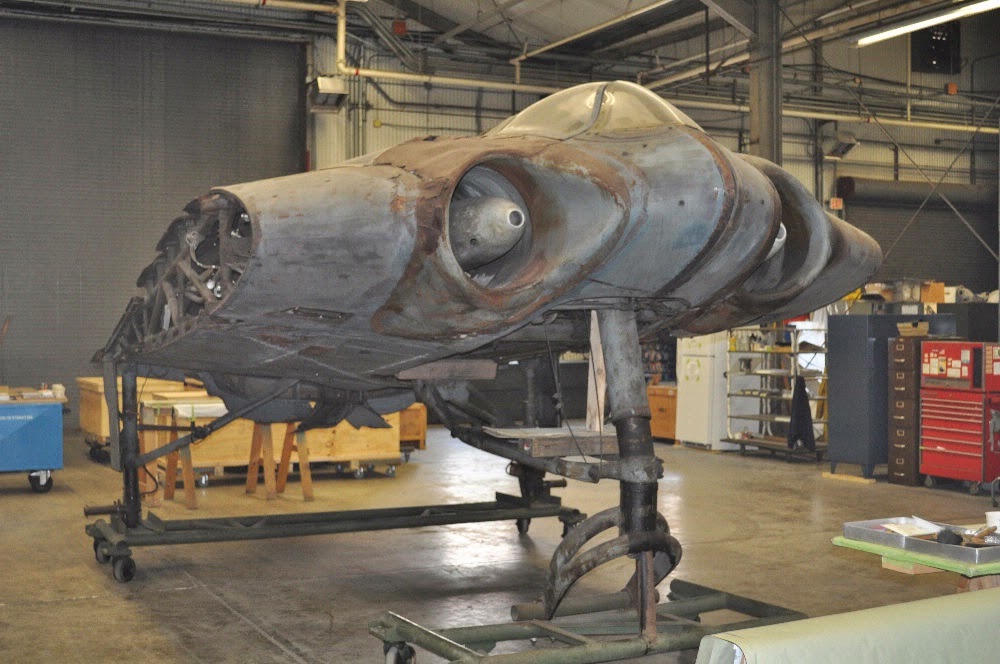 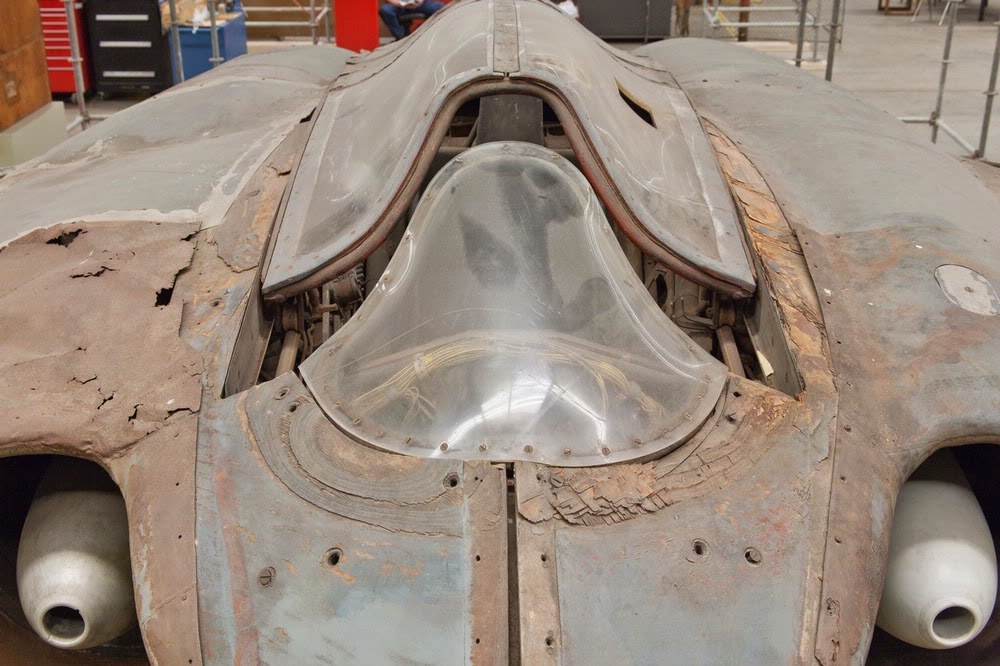 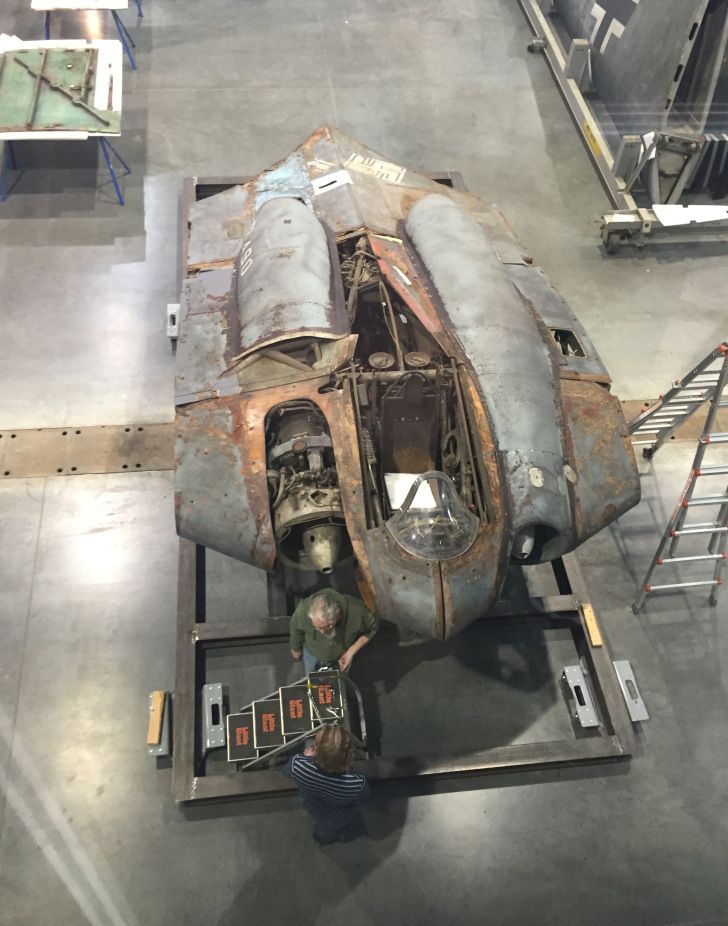 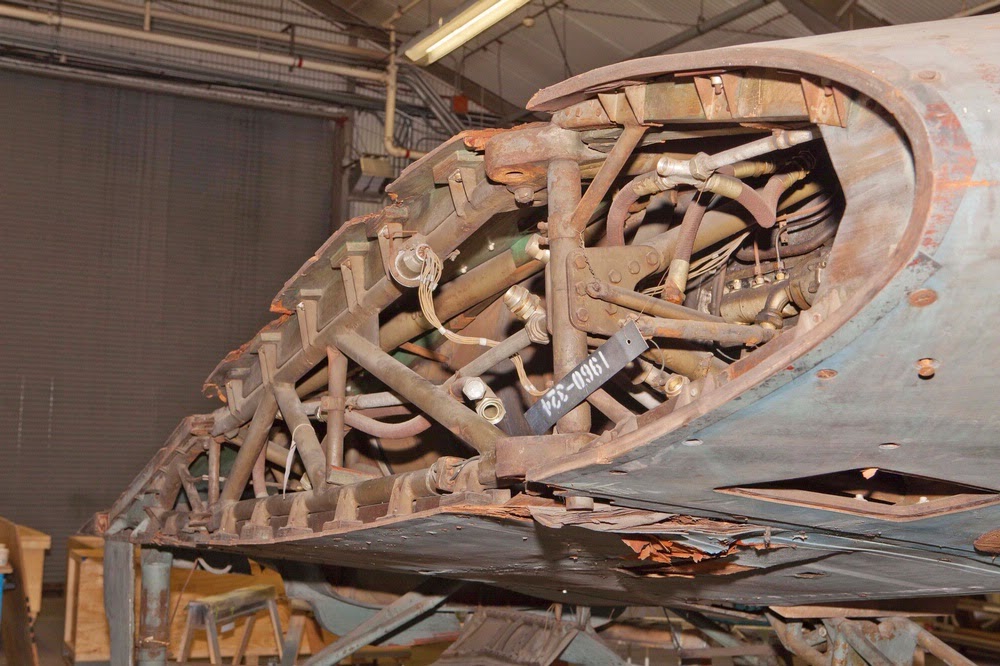 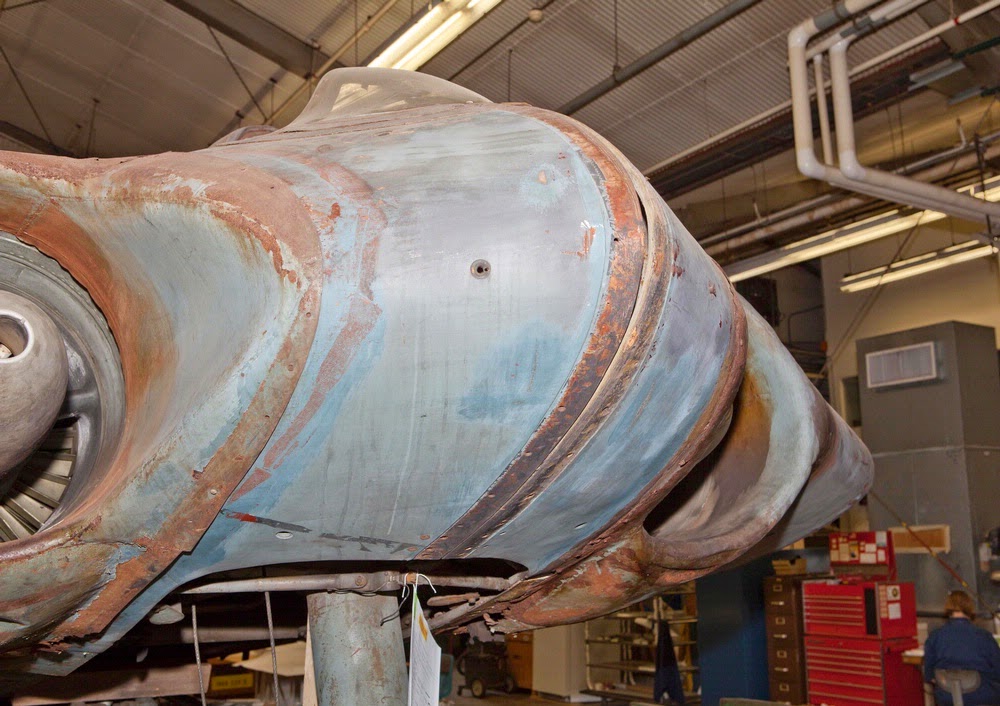 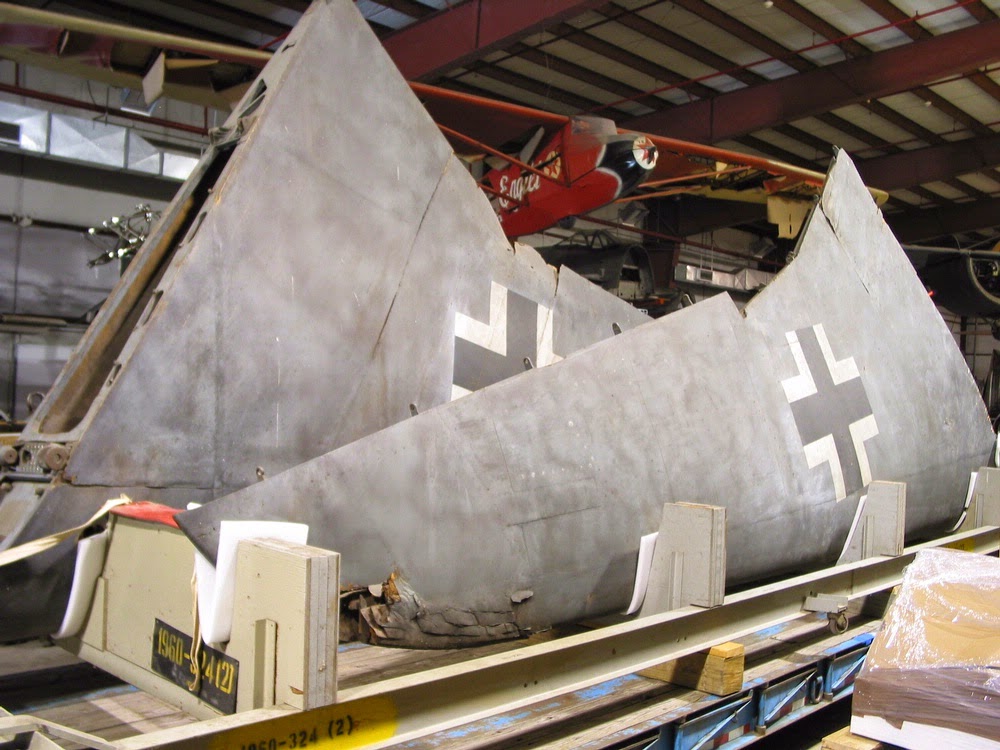 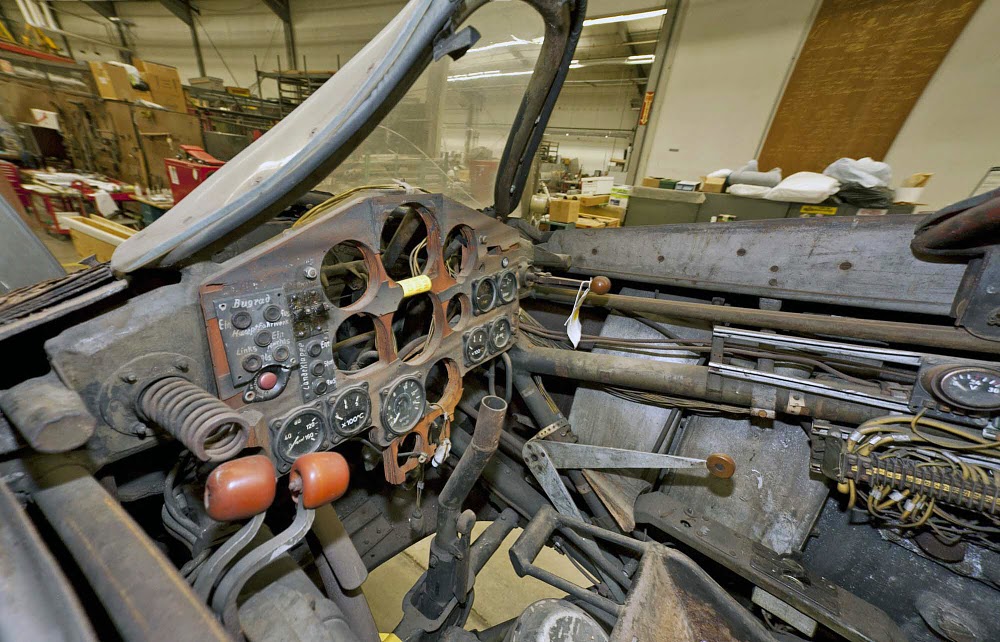