Music to Wage War By

Music was very important during World War II. Some of the top songs of the era still rank among the top sellers of all time. So, no discussion of World War II would be appropriate without a sample of the music people bought and paid for on the jukebox down at the local diner. Here I am presenting my choice of the top ten songs of World War II.

There are lots of ways to rank songs. I did not stick to a strict list. Instead, I picked what seemed to be the most significant and enduring songs of the war years. So, this is a selection that, if you listened to the radio from 1940-1945, you undoubtedly would have heard over and over and over.

They are in no particular order. You will hear them as the people of the time heard them, including the little record noises that were part of the experience in the days before digital music.

Bing Crosby debuted "White Christmas" on his NBC radio show The Kraft Music Hall on Christmas Day, 1941. Written by Irving Berlin, it was an immediate sensation. He recorded it as a single with the John Scott Trotter Orchestra and the Ken Darby Singers and for Decca Records on May 29, 1942. Released on July 30, 1942, "White Christmas" spent 11 weeks at No. 1 on the Billboard chart. Crosby's various versions of the song went on to sell over 50 million copies. It is the best selling single of all time.

"White Christmas" - Bing Crosby with the John Scott Trotter Orchestra and the Ken Darby Singers and for Decca Records.


"Paper Doll," written by Johnny S. Black in 1915, was intended by the Mills Brothers as the B-side to "I'll Be Around." After "I'll Be Around" got played out, radio stations suddenly and unexpectedly began to play the other side of the single. "Paper Doll" wound up spending 12 weeks at No. 1 beginning on 6 November 1943. It also sold 11 million records, which places it among the top 40 selling singles of all time. Black, who passed away in 1936, wrote the song after being dumped by his girlfriend.


Les Brown and Ben Horner together wrote the music for "Sentimental Journey," while Bud Green added the lyrics. Brown and his Band of Renown played the song at his concerts and got a good response from audiences. So, he decided to record it for Columbia Records immediately following a long musicians' strike that lasted from 1942 to 1944. He used a young singer he had been working with who had changed her name from Doris Mary Anne Kappelhoff to Doris Day. After first appearing on the charts on 29 March 1945, the single built slowly but finally hit No. 1 on 26 May 1945, staying there for nine weeks. In all, "Sentimental Journey" stayed on the charts for a phenomenal 23 weeks. As with "It's Been a Long, Long Time," which we will see below, "Sentimental Journey" had the perfect theme for a time when World War II soldiers were looking forward to returning home. "Sentimental Journey" has become a jazz standard and is still recorded regularly by top artists, such as by Bob Dylan on his 2017 album Triplicate. It was Doris Day's first big hit - incidentally, she outlived almost all of her contemporaries and passed away in 2019 at the age of 97.

Les Brown and His Band of Renown (Doris Day, vocal)


"I've Heard That Song Before," with music by Jule Styne and lyrics by Sammy Cahn, was recorded by Harry James and his Orchestra with Helen Forrest on vocal for Columbia on July 31, 1942. It topped the charts for 13 weeks beginning on March 6, 1943. "I've Heard That Song Before" since has become an American standard and was used by Woody Allen in his 1986 movie "Hannah and Her Sisters."

"I've Heard That Song Before" - Harry James and his orchestra (Helen Forrest, vocal)


Artie Shaw and His Orchestra (with an arrangement by William Grant Still) recorded "Frenesi" for Victor Records on 3 March 1940. Alberto Domínguez had composed "Frenesi for his marimba band - it means "frenzy" in Spanish. "Frenesi" hit number one on the Billboard pop chart on December 21, 1940, and stayed there for 13 weeks. It has been used in several films about that era, including "Raging Bull" and "1941."

"Frenesi" - Artie Shaw and his Orchestra


"Amapola" was composed in 1920 by Spanish-American composer José María Lacalle García (later Joseph Lacalle). Several other acts released singles of the song, but it did not become a breakout hit until the Jimmy Dorsey Orchestra with vocalists Helen O'Connell and Bob Eberly recorded it for Decca Records. Entering the Billboard charts on March 14, 1941, as "Amapola (Pretty Little Poppy), the song rocketed to No. 1 on March 29, 1941, and stayed there for ten weeks.


Composed by Jimmy Van Heusen and with lyrics by Johnny Burke, "Swinging on a Star" was sung by Bing Crosby in "Going My Way" (1944).  Crosby recorded "Swinging on a Star" with John Scott Trotter and His Orchestra in Los Angeles on February 7, 1944. Released by Decca, it spent nine weeks atop the singles chart and won the Academy Award for Best Original Song.


Glenn Miller had a number of big hits during World War II, so it is a question of sifting through them and finding his biggest hit at the time. I could have populated this list with just Glenn Miller songs, but variety is the spice of life! Miller's most popular song during the war turns out to be "Moonlight Cocktail," which he recorded on 8 December 1941 - the day after Pearl Harbor. With vocals by Ray Eberle and The Modernaires, "Moonlight Cocktail" hit No. 1 on  February 28, 1942, and stayed there for ten weeks - longer than any other Glenn Miller single. The song had been around since 1912 when Charles Luckeyeth Roberts composed it. James Kimball "Kim" Gannon added the lyrics. Miller just applied his genius to it and made "Moonlight Cocktail" into a massive hit.

There are some songs that are so associated with World War II that I couldn't leave them out even though they weren't actually huge hits in the standard sense. I include these two classics here.

"Lili Marlene" was a favorite during World War II among German soldiers - and also many British ones. It was composed by Norbert Schultze, who set a 1915 poem of three verses by Hans Leip to music. The original was sung by unknown singer Lale Andersen (that was her stage name, her actual name was Elisabeth Carlotta Helena Berta Bunnenberg). Lale Andersen's version is the one that the soldiers during World War II would have listened to the most.

The original title of the song as sung by Andersen was "Das Mädchen Unter der Laterne" ("The Girl under the Lantern"). It was more familiarly known simply as "The Lantern Song." Some of the earliest pressings had the title ""Song of a Young Sentry." However, ultimately it became known as "Lili Marlene" (with a variety of spelling of both "Lili" and "Marlene") because of the name of the girl in the song. "Lili Marlene" is a bit odd because it is a story told by a man but traditionally sung by a woman, but the formula worked.

The song, whatever it was called, was not a hit at first. However, after two years, the Soldatensender Belgrad (Belgrade Soldier's Radio), the radio station of the German armed forces in newly occupied Yugoslavia, was looking for something to play. Lieutenant Karl-Heinz Reintgen received an old copy of "Lili Marlene" from Vienna and began broadcasting it in 1941. Belgrade had a powerful station that could be heard throughout the Mediterranean and far into Russia. Reintgen would play "Lili Marlene" over and over because he had very few other popular German songs available, and people began to notice it. Eventually, due to its growing popularity, the station began playing it every night at the same time as a sort of "end of the day" song. "Lili Marlene" caught on due to its wistfulness and the female presence it created in otherwise drab circumstances and many on both sides stopped and listened if they could.

It is very important to note that "Lili Marlene" was not written as propaganda. In fact, the Reich Ministry of Propaganda viewed "Lili Marlene" with great suspicion and actually ordered it re-recorded with a more martial tone (fiercer drums and so forth). It was just a song that touched a nerve.

While popular on the British side as well, it also became somewhat of a cliché. "Lili Marlene" was one of the very few German songs that Allied soldiers heard enough times to recognize, as in, "Oh geez, here's that Kraut song on the radio again." Despite her popularity, Lale was put under house arrest because she was having an affair with Rolf Liebermann, a Jewish resident of Switzerland. She also corresponded with other Jewish people, a big no-no under the Third Reich. However, Lale survived the war. The British tried to capitalize on Lale's disappearance from public view in 1943 by claiming Lale had been sent to a concentration camp, but that was simply false propaganda. Lale Andersen received a Gold Record for "Lili Marlene" after the war. She had a few more hits in Germany before passing away in 1972, but "Lili Marlene" remained her signature song.

Marlene Dietrich, a refugee from Hitler, also recorded the song in German during 1944 for the U.S. Office of Strategic Services (OSS, the predecessor of the CIA). Dietrich's version laid on the pathos in an attempt to demoralize Axis soldiers. There is no evidence that it did that, but it probably did make some homesick. Marlene Dietrich's version now is the more famous of the two because of her movie star fame, but the more upbeat Lale Andersen record is the definitive version that was treasured during the war itself.

Oh, and Vera Lynn, who we'll meet below, also recorded a version in English, as did Bing Crosby, Perry Como, and other top artists. That's how popular the song was and, to a certain extent, still is.


And now, we get to the song that is most associated with World War II for many people who lived through it.

Vera Lynn recorded "We'll Meet Again" on 28 September 1939. Written by Ross Parker and Hughie Charles, "We'll Meet Again" did not make much noise on the charts, perhaps because of its arrangement. It featured Arthur Young on the Novachord and did not have the upbeat spirit of later versions. However, "We'll Meet Again" gradually sank into the consciousness of Great Britain as the war years ground on and the theme became more personally poignant to a lot of people.

The song led to the release of a motion picture built around the song, "We'll Meet Again," released on 18 January 1943. It starred Vera Lynn, who by now had become closely associated with the song, and Geraldo and Patricia Roc. Vera Lynn recorded various versions of "We'll  Meet Again" over the years, including one recorded in 1953 that Stanley Kubrick used in the conclusion to his 1964 film "Dr. Strangelove." That is the version most people now recognize, not the one with the Novachord. Dame Vera Lynn (who is still alive as of this writing in 2020) has returned to "We'll Meet Again" again and again over the years, including singing it on the 60th anniversary of D-Day on 6 June 2004.

If you wish, you may listen to the 1939 version and the later, much more popular 1953 version that was used in "Dr. Strangelove." Draw your own conclusions on why one did better than the other. 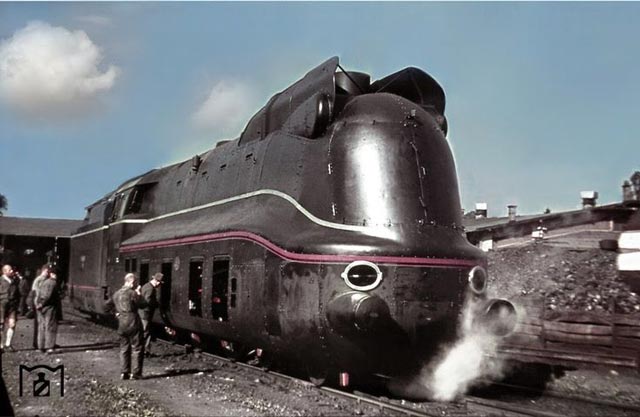