The U-boat menace lasted throughout World War II. The Kriegsmarine scored a lot of dramatic victories, some of which haven’t received a lot of publicity. Here are some major successes of the U-boat campaign.

On 14 October 1939, U-47, commanded by Kapitänleutnant Günther Prien, sank Royal Navy battleship Royal Oak after a daring entry into Scapa Flow. From the German perspective, this was probably the single greatest victory of the entire U-boat campaign because it served as a real morale boost to the entire Reich. An interesting aspect of this success is that Prien actually may have destroyed two old battleships, but one loss apparently was covered up by the British. This sinking caused a scandal in the UK because of the large number of teenagers who perished, leading to some service reforms.

On 31 October 1941, U-552, commanded by Erich Topp, sank US Navy destroyer USS Reuben James. On 17 October 1941, U-568 (Kptlt. Joachim Preuss) badly damaged USS Kearny, which was guarding Convoy SC-8 (nine ships lost). While these attacks were relatively minor in terms of tonnage lost and men killed, they almost led to war between the United States and the Reich. Hitler had a deep hatred of President Franklin Roosevelt and the United States because of their illegal (as he saw it) support of the United Kingdom, so these attacks greatly pleased him.

U-81 (Kptlt. Friedrich Guggenberger) torpedoed Royal Navy aircraft carrier HMS Ark Royal on 13 November 1941. It rolled over and sank on 14 November 1941. Ark Royal was often called a "lucky ship," and it proved that nickname correct when only one man of the crew of 1488 perished.

On 17 September 1939, U-29 (Kptlt. Otto Schuhart) torpedoed and sank the aircraft carrier HMS Courageous (Capt W.T. Makeig-Jones, RN) about 350 miles west of Lands End, England. Struck by two torpedoes, Courageous sank within 17 minutes. While about 515 men perished in this sinking, the sinking did not receive a lot of publicity because it happened on the same day that the Soviets invaded Poland. The British were not eager to publicize these types of losses in any event and actively worked to suppress news about some of them in the media.

On 25 November 1941, U-331(Oblt. Hans-Diedrich Freiherr von Tiesenhausen) torpedoed and sank the Royal Navy battleship HMS Barham north of Sidi Barrani, Egypt. After being hit by three torpedoes, the battleship rolled over on its port bean and then its magazines exploded in a terrific blast. The British Board of Admiralty censored all news of Barham's sinking for several weeks. As next of kin were notified, rumors began to spread despite a request for secrecy. German radio, of course, did not share the British reticence and announced the news. This forced the Admiralty finally to admit the Barham's loss on 27 January 1942, explaining that "it was important to make certain dispositions before the loss of this ship was made public." Dramatic footage of this sinking by Pathé News, filmed aboard Barham's sister ship HMS Valiant, later was shown on the newsreels. It showed Barham still covered with men when it blew up. There were 862 deaths, including Vice-Admiral Henry Pridham-Wippell, and 487 survivors. On the day that the British admitted the loss, the Germans awarded Oblt. Tiesenhausen the Knight's Cross of the Iron Cross. 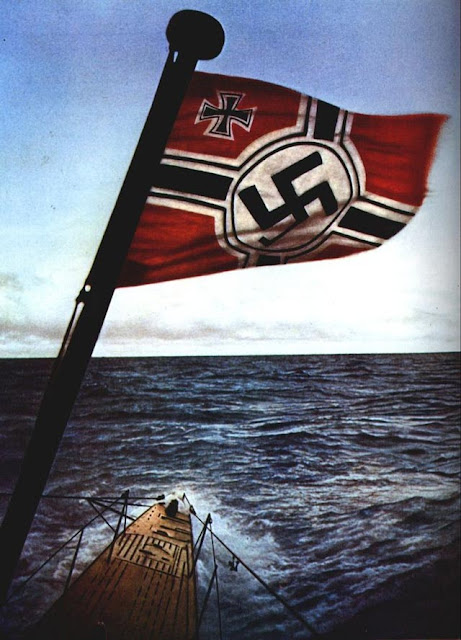 There were a lot of convoy battles, too many to list here. Probably the most successful for the Germans was the attack on PQ-17, an Arctic convoy. The threat was so bad that the PQ-17 convoy was ordered to scatter, which was very unusual and considered a move of last resort. It also was, at least in the opinion of many historians and some Royal Navy officers guarding the convoy, a mistake. However, the order came straight from the First Sea Lord Admiral of the Fleet Sir Dudley Pound and could not be disobeyed.

The Allies lost 24 merchant ships sunk and 153 merchant mariners killed in PQ-17, while the Luftwaffe lost only five planes and no submarines. The tide turned quickly against the U-boat fleet, however, when they lost four U-boats attacking the next Arctic convoy, PQ-18 in September 1942 while sinking 13 freighters. However, the menace remained and even 13 ships were a lot: the Allies canceled the next Arctic convoy, PQ-19, which was a positive for the Reich and irked Stalin.

The most devastating attack by a single U-boat was by U-221 under the command of Oblt. Hans-Hartwig Trojer. On its very first patrol out of Kristiansand, U-221 sank an astonishing 15 ships from Convoy SC-104 during October 1942. On 13 October 1942, U-221 sank three ships, and on 14 October 1942, it sank an additional dozen ships. Total tonnage sunk by U-221 against this convoy was 30,440 tons, which actually was not an extraordinarily large tonnage for a successful U-boat attack against a convoy (it was exceeded six times). That leads to an explanation of this attack. The "ships sunk" total is vastly inflated because ten of the vessels sunk (759 tons altogether) were actually landing craft being transported on other ships. Thus, Trojer only actually torpedoed and "sank" five ships. That's a lot of ships, but far fewer than 15. Still, while the sunken ship total merits an asterisk, that was a tremendous contribution to the Axis war effort anyway. One must ascribe this feat to talent and perhaps a bit to "beginner's luck."

Another devastating single attack by a U-boat on a single convoy was by U-100 under the command of Joachim Schepke. He sank a total of seven ships against Convoy HX-72 in the fall of 1940, three on 21 September 1940 and the rest on 22 September 1940. Many people would probably consider this feat more outstanding than Trojer's sinking five ships carrying a bunch of landing craft, but you can draw your own conclusions. Schepke's total tonnage sunk during his attacks on HX-72 set a record of 50,340 tons. U-99 under the command of Kptlt. Otto Kretschmer sank two ships of the same convoy and received partial credit for the sinking of a third. There were several early-war convoys that suffered similarly, but with the victories spread out a bit more.

Schepke's record of seven ships sunk was tied by Kptlt. Werner Henke during attacks on Convoy TS-37 two and a half years later (30 April - 1 May 1943). During these attacks, Henke sunk 43,255 tons of shipping, just under Schepke's record. Henke's brilliant performance turned out to be the last great single success by any U-boat. The highest single total after Henke's performance was three ships sunk by Oblt. Alfred Eick in U-510 against Convoy PA-69 on 22 February 1944. The reduced success of the U-boats as time went on reflected the increased effectiveness of Allied convoy operations and escorts, technological innovations, and growing Allied supremacy on the ocean surface.

The era of convoy destruction was over by May 1943, when the U-boat menace was considered defeated. However. as shown by Oblt. Alfred Eick's success in 1944, U-boats continued to score scattered victories for the remainder of the war. 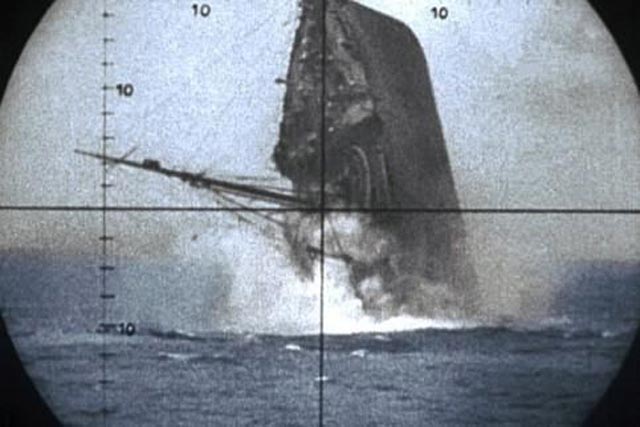