Pretty much everyone who studies World War II knows that the German Luftwaffe developed several jet aircraft which took to the skies in the war's final year. The jet which gets the majority of the press is the undeniably superb Me 262 jet fighter/bomber. There were many other jet projects in development, though, and some of them were fantastic performers. Perhaps the finest of them all was the Arado Ar 234 Blitz Bomber. 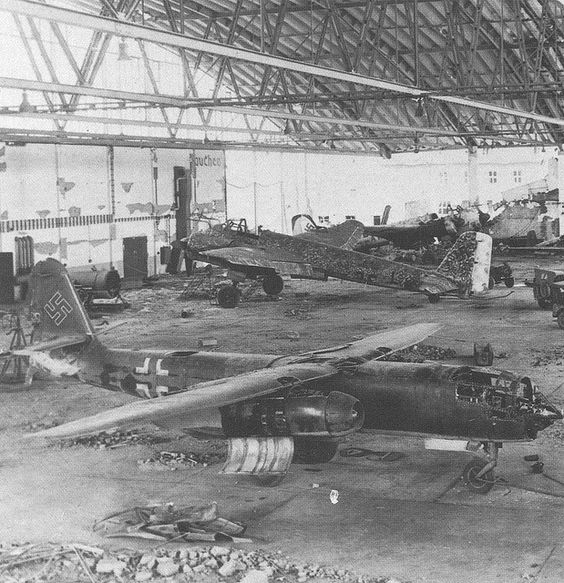 Arado Flugzeugwerke was a World War I aircraft manufacturer which was most known to German aviators for the Arado Ar 66 trainer in which they trained. It did not supply many of its own designs during the war and achieved perhaps its greatest prominence as the main subcontractor for the horrendous Heinkel He 177 bomber (the "flaming firebox"). That is, except for its one shining success of the war, the Ar 234. 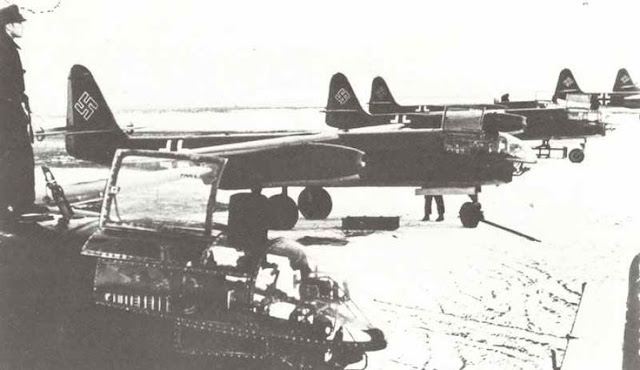 The Germans had been working on jet engines since before the invasion of Poland when the first prototype jet flew, and the Reich Air Ministry (Reichsluftfahrtministerium, or RLM) was fully aware of the technology's potential. The problem lay in developing a reliable jet engine, which took years to develop. Looking far ahead during the later stages of the Battle of Britain in 1940, the RLM put out a tender for a jet reconnaissance aircraft with a range of 2156 km. Arado had been working on jet aircraft project and responded to the tender. 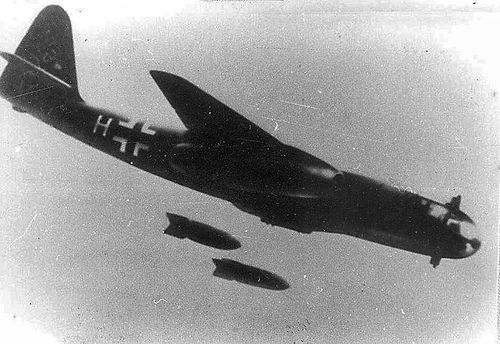 Arado submitted a proposal (the "Arado E 370") that would use two Junkers Jumo 004 engines slung under the wings. The RLM quickly ordered two prototypes, and they were delivered by the end of 1941. Unfortunately, the engines were not ready yet, so the design sat until February 1943.

When the engines were ready, an Ar 234 made its maiden flight on Friday 30 July 1943 at Rheine Airfield. It was the first flight by a jet-powered bomber, and it was successful. The RLM ordered more prototypes, one of which crashed on 2 October 1943 near Münster when both engines failed. 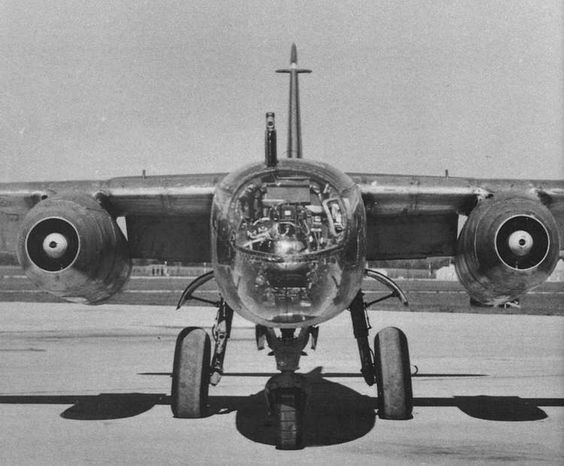 The project continued despite the setback, and Arado decided to try the Jumo 003 engine instead. Two of the Jumos were slung under each wing for the eighth prototype, making that Ar 234 the world's first four-engine jet aircraft. The design proved successful. 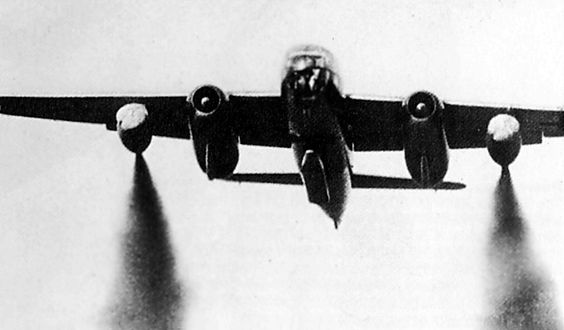 The seventh prototype, Ar 234 V7, was used on a reconnaissance mission on 2 August 1944. Pilot Erich Sommer flew from Juvincourt Airfield to photograph the Allied landing beaches in Normandy. 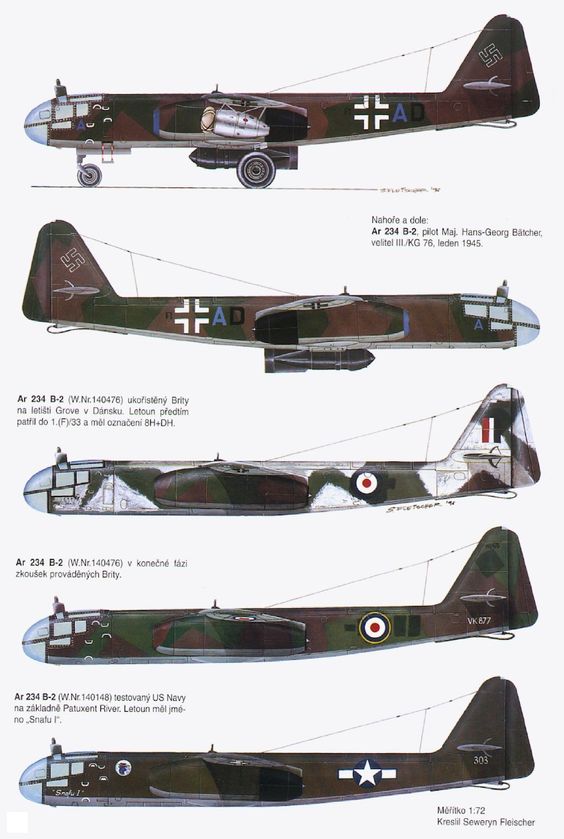 The initial versions of the Ar 234 proved exceptionally capable, but they had some flaws. The most important was that there was not enough room in the aircraft as originally designed to fit landing gear. Thus, as with some other late-war aircraft designs such as the Me 163B Komet, the RLM authorized a system whereby the Ar 234 took off on a trolley and landed on a skid. Sommer noted later that the landing was extremely dangerous because the skid provided virtually no braking power and the craft could skid at high speeds for extended distances. For this reason, the design was later altered to slightly increase the fuselage to accommodate a tricycle landing gear system. The slender fuselage also required that any bomb loads had to be carried externally. 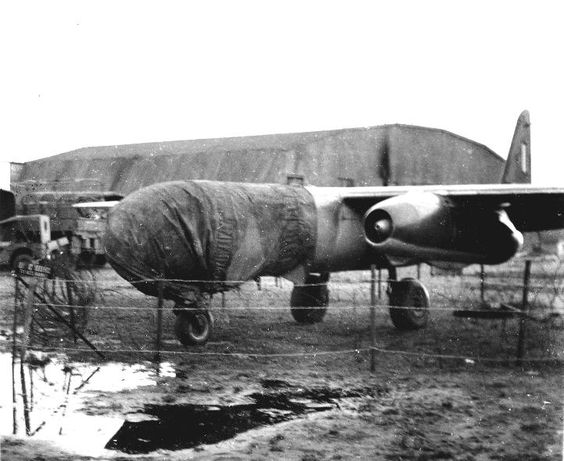 The Ar 234 at first was fitted with rear-firing guns. However, the pilot could not see to the rear and had to aim with a periscope. Ultimately, the guns were deemed useless, though the periscope was retained. Generally, the Ar 234 could out-run and out-climb any opponent, so the guns were fairly useless anyway. 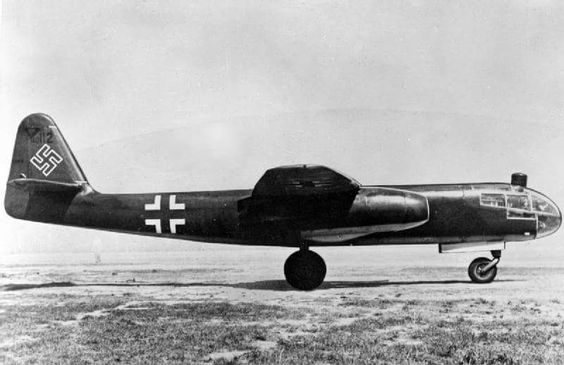 The Ar 234B Schnellbomber (fast bomber) prototype incorporated these changes. The first of these flew on 10 March 1944. The bombload was two 500 kg bombs suspended from each engine or one 1000 kg bomb carried directly under the fuselage.

The RLM was in a hurry, as the war situation was deteriorating fast. It ordered 20 B-0 prototypes, which were delivered by the end of June 1944. The USAAF was well aware of the German jet projects and directed a bombing offensive aimed at the production factories during "Big Week" in February 1944. This did not end production, though, and the Ar 234 was one of the very few Luftwaffe bomber projects allowed to go forward after the RLM canceled all bomber production that summer. 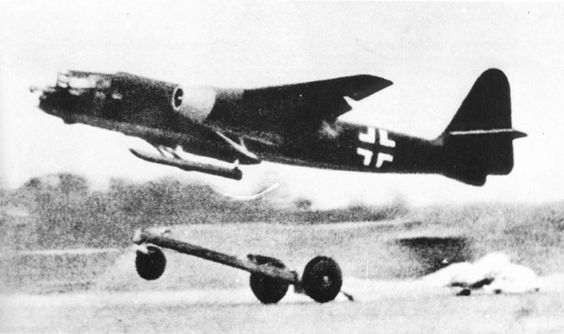 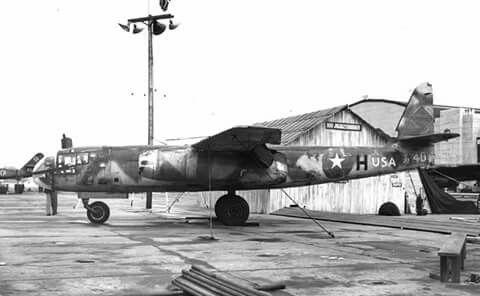 These versions also had some issues. Just like with the Me 262, the engines did not last very long. They required overhaul or outright replacement after only 10 flight hours. In addition, the long takeoff and landing they required made them vulnerable to lurking Allied fighters.

The plane's first bombing mission was a sortie of nine Ar 234s which attacked a rail hub at Liege. The plane's first night mission was an attack on 31 December 1944 against Brussels and Liege. Other missions against scattered targets followed, without much impact on the war. The most significant mission that the Ar 234 flew in its role as a bomber was the destruction of the Ludendorff Bridge, the famous "Bridge at Remagen." Ar 234s of III/KG 76 repeatedly attacked the bridge with 1000 kg bombs, finally causing it to collapse on 17 March 1945 when it no longer mattered. 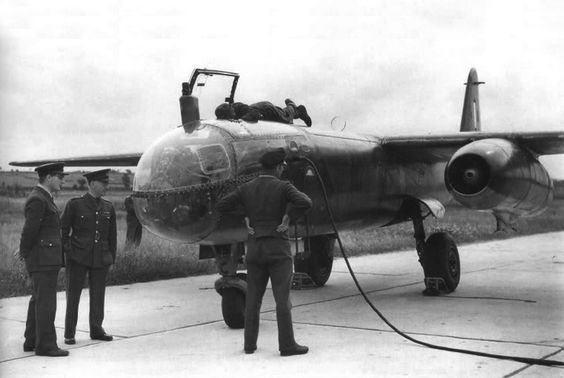 Another variant, the Ar 234C, appeared in February 1945. It had four BMW 003A engines mounted in two twin-engine nacelles slung under the wings. 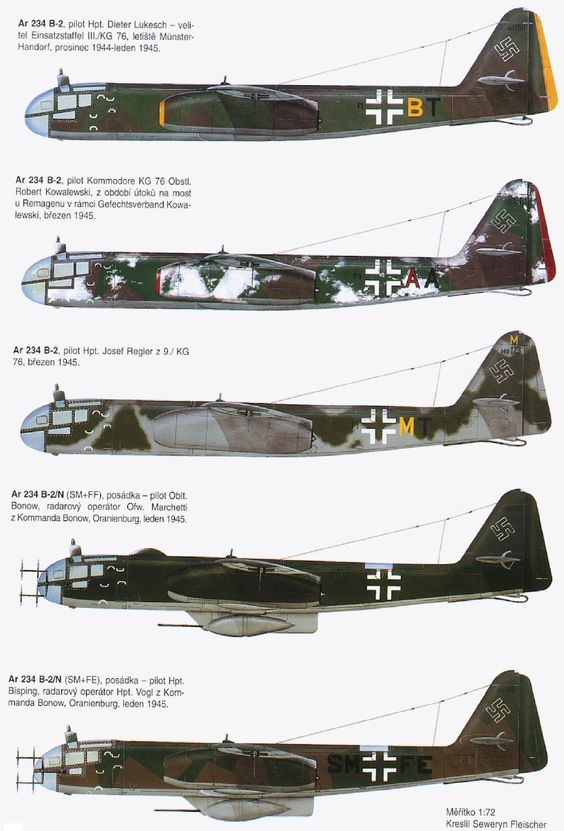 The Ar 234C was - or would have been - an exceptional aircraft. Other improvements included an updated cockpit design and some aerodynamic improvements. It was 20% faster than the Ar 234B, with a faster climb and increased range. Nineteen were in various stages of assembly when the war ended. 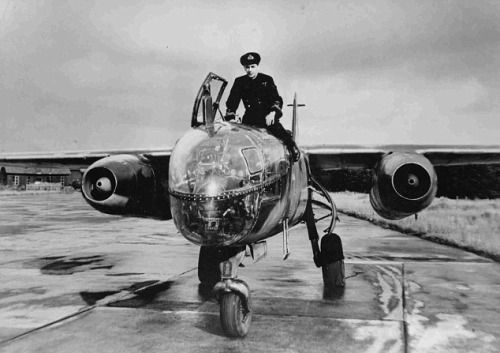 Unfortunately for the Luftwaffe, the Ar 234C came this close to operational status. However, while the airframes were ready, the engines were not available in sufficient supply and had a higher priority in the Heinkel He 162 Spatz fighter program. In the final year of the war, priority was placed on fighter production even though the Ar 234 was an exceptional design. Other Ar 234 variants were proposed, such as an Ar 234D (Heinkel HeS 011 turbojets) and Ar 234 P (night fighters), but never got far past the planning stages.

Pilot Sommer set up Sonderkommando Sommer in Italy and to train new pilots. Other proposed formations, most of which did not have any planes, included:
The Ar 234 continued in operation until the end of the war. One was the final Luftwaffe aircraft to fly over England during April 1944. One also reportedly flew over the Suez Canal. Approximately 232 units were constructed in all, though most never flew either due to never being completed or through lack of fuel and pilots. While the Ar 234 was not invulnerable, very few were shot down. one notable instance was on 11 February 1945, when an RAF Hawker Tempest bagged one on its way home from a photo reconnaissance mission over England.

The Allies first captured a Ar 234 on 25 February 1945, when one was forced to land in "no man's land" near Segelsdorf after experiencing engine trouble. A firefight erupted over the plane, which the Americans won. While numerous Ar 234s were captured at war's end, including nine at Sola Airfield in southern Norway near Stavanger, only one survives today. It is at the Smithsonian Air and Space Museum, in the new Steven F. Udvar-Hazy Center near Dulles International Airport. 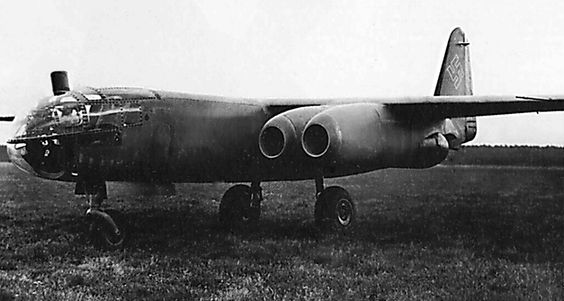 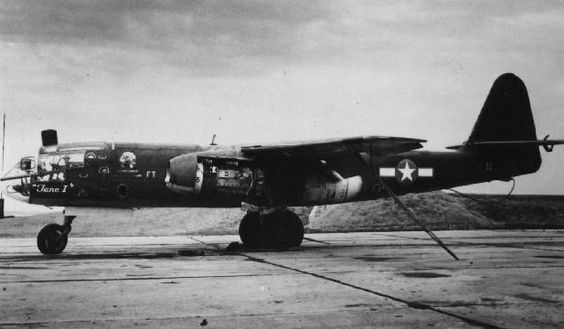