The Cult of Hitler


It is easy now to imagine that everybody knew all along what a snake Adolf Hitler. was, and that he was busy exterminating whole swathes of people for no reason whatsoever. Clearly, the evidence was there for all to see. Some did see it, others chose not to.


However, exactly the opposite appears to have been the truth: nobody in Germany except a scattered few seemed to realize that Hitler was a murderous fiend who was busy destroying all that was best about Germany.


They know now. They did not know then.


Benito Mussolini in Italy had invented the modern "cult of personality." This worked well for Mussolini at first. 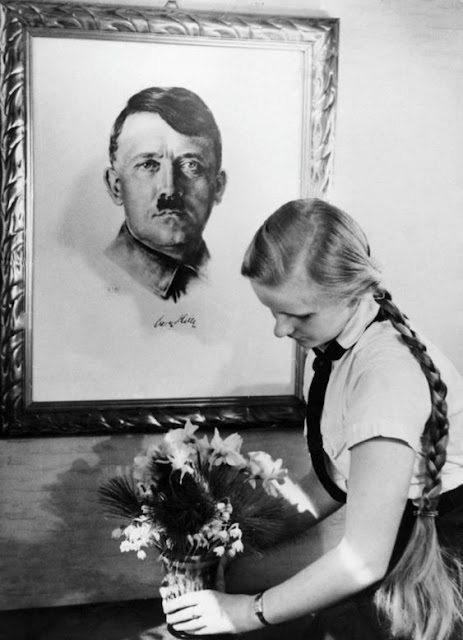 The development of a cult of personality was to allow Mussolini to rise to the heights of power. However, it ultimately left Il Duce dangling from a meathook in Dongo.


Hitler's propaganda people took Mussolini's concept of a cult of personality a step further, or "to the next level" as the modern saying goes. 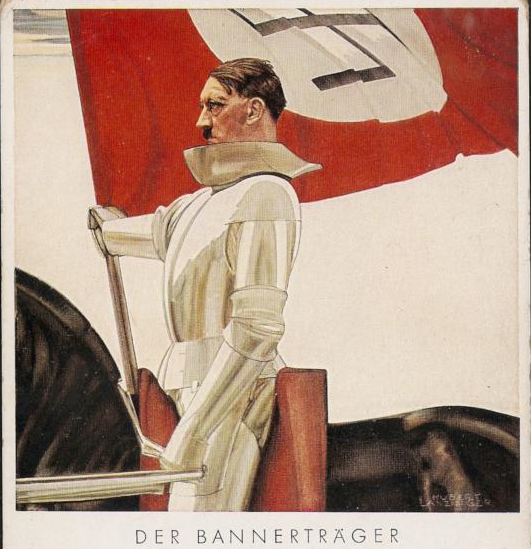 
It was quite fashionable, if not quite mandatory, to have a shrine to Hitler in your home. Fresh flowers, of course, at all times. 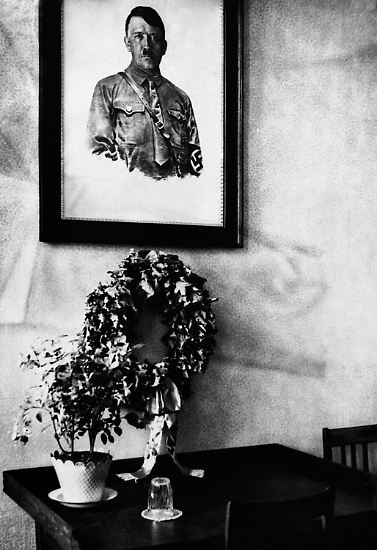 When the Propaganda Ministry could no longer tie Hitler in with Hindenburg after the latter's passing, it resorted to one of the Third Reich's standard tricks - infusing him with the epic grandeur of Teutonic legends. Hitler, it appeared, actually was a knight from the Middle Ages. A little cake also sweetened the message.


This tactic of using German mythology to burnish the Fuhrer's image was quite successful. It also was used on recruiting posters, but it went to absurd lengths in trying to draw a direct line from Roman triumphs and Prussian Knights to the Fuhrer. 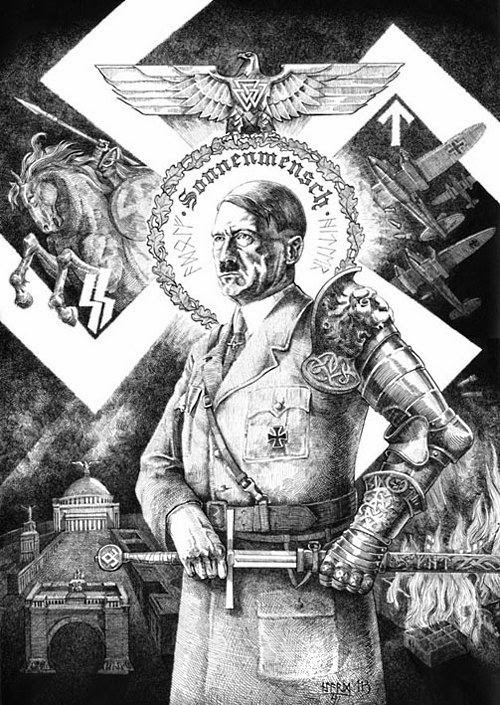 Hitler received gushing fan mail from women across Germany in the manner of a modern film star. Hitler carefully crafted and managed his image with the assistance of Dr. Joseph Goebbels, a propaganda master, and during the Third Reich's early years there were undeniable successes (and hidden savagery) to point towards. One could say that Adolf Hitler perfected the science of the cult of personality. For some fervent followers, it outlasted his death.


While it may seem odd that people would buy busts of mere political leaders, homes throughout Germany were filled with portraits of the Fuhrer and sometimes even those of some of his shady lieutenants. It is easy to claim now that this was done because it was 'required,' but it wasn't. German citizens, for the most part, liked Hitler and his policies. People in the occupied countries - not so much. But, their opinions really didn't matter at the time.


Once freed from the German yoke, people across Europe - including in Germany - were free to express their true feeling. It wasn't usually very pretty. 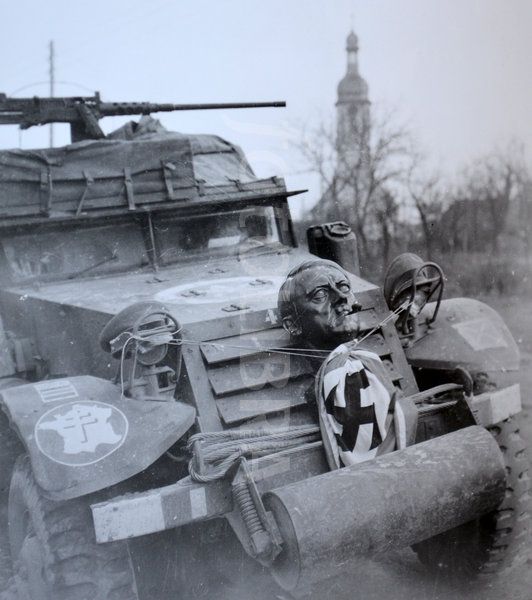