A hot topic in the European press has been the "Goebbels fortune." Let's take a look at this and see how much of it is reality and how much it is the usual press sensationalism.

It is a bit complicated and goes like this:

Guenther Quandt was heir to a clothing fortune. His father Emil made military uniforms, which were always a popular item in Germany and especially so in the 19-teens.

Guenther married young, but his wife died of Spanish Flu during an epidemic around the time of World War I. He quickly remarried in 1921, to a woman named Magda Ritschel. They had a son, Harald.


As these things go, they didn't for the couple. The Quandts divorced in 1929, around the time of the stock market crash.

Magda soon found someone new and married him in 1931 - people liked to be married then. The lucky guy's name was Joseph Goebbels, a functionary in a rising German political party. Goebbels knew people and even held a seat in the Reichstag. Quite a catch. Adolf Hitler was the best man at their wedding, seen above.


Hitler soon took over the country and liked Goebbels, so he didn't kill in him 1934 along with all the people he didn't like. Instead, he made Goebbels his chief spokesman, or as they called it in those days, his Propaganda Minister.


Guenther Quandt, meanwhile, was still around despite the divorce. He saw the way things were going and also became a Party member. He owned a lot of factories, and they were almost as important to Hitler as Goebbels' hot air. The factories were munitions factories, and that was a commodity in short supply in Germany in the early 1930s. Quandt steadily added to his fortune.

Here is a key point: Joseph Goebbels allegedly didn't like Guenther Quandt because of the "former-husband" situation, but there was nothing he could do about Quandt's success. The point is, he didn't help Guenther Quandt in any way, shape or form during the Third Reich. So, there is no association between Goebbels being a key Hitler adherent and Quandt making oodles of money from the regime by supplying them with arms. That is the story, anyway, verified by various academics.


Quandt supplied Hitler with arms throughout the war. Of course, like every other major factor, they used slave labor, that was pretty much a given during the Third Reich. They made the famous Mauser pistol as well as advanced anti-aircraft missiles, of which there was great demand in Germany in the 1944-45 period.


The war didn't go so well, and on on April 30, 1945, Goebbels killed himself and saw to it that Magda and their six children died as well. So, the end of the family line and whatever fortunes they may have had?


Harald was still around after the defeat - Harald, Magda's child from her marriage to Guenther. Not exactly a Joseph Goebbels descendant - but as close as there was to one. Harald had joined the Luftwaffe during the war and became a POW. Harald had a half-brother, Herbert, also a son of Guenther from another woman.

Harald and Herbert inherited the entire Quandt fortune, which had been huge in 1921 but was truly immense by 1945. Herbert and Harald passed away long ago, but Herbert had married a younger lady, Johanna, who as of this writing remains very much with us. They had two children, Stefan and Susanne. They are all key BMW shareholders.

Upon the death of Inge, the children inherited 1.5 billion deutsche marks (£483 million) of the Quandt fortune, which they split. The money is managed by Harald Quandt Holding GmbH, a family investment company and trust named after their father, Magda's son. It's unclear how much the trust is worth now, but nosy people think the children inherited something on the order of £3.8 billion (maybe more) and currently are worth around £760 million each. That's a lot of Mausers.


Now, to dispel any myths, none of the children's money came from Joseph Goebbels. It came from the family of Goebbel's wife's first husband. So, the children aren't in possession of any stolen loot or anything like that. Their only stigma is that, like anyone else who inherited money from people who ran factories in Germany at that time, part of their money flows from 50,000 forced civilian laborers, prisoners of war and concentration camp workers. But then again, a lot of their money doesn't, because the family was rich before the war, too.

The Quandts etc. no doubt all wish the war had never happened and that they were just moderately wealthy today without the stigma rather than that the war did happen and made them all filthy, stinking rich. But that's life.

What Stefan and Susanne do get to do is, whenever there is a tv or film depiction of the Berlin bunker, Hitler's end and the Goebbels poisoning their six children, they can watch as grandma administers the poison.

So, the fortune has nothing at all to do with Joseph Goebbels and is completely unrelated to him. It is, however, in part related to his wife Magda, who also bore the Goebbels name, so the association is not completely extraneous. However, the money did not come from her, either - her son just lucked out to be part of it.

However, all this just shows how close you can come to utter and complete catastrophe and yet, through a chain of random acts, wind up, not dead by poison in a bunker in burning Berlin, but some of the richest people alive.

How Were German Prison Camps Set Up? 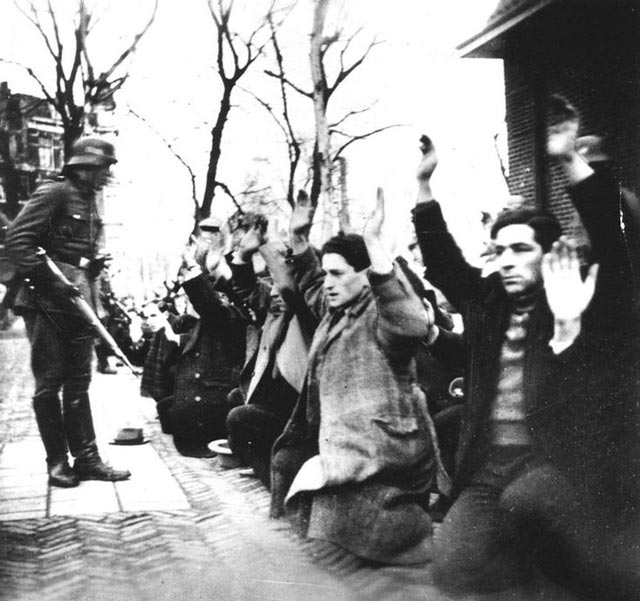