World War II was not exactly a barrel of laughs. Most soldiers during the conflict, or one reason or another, kept a pretty straight face for the cameras. Unlike today, when everyone mugs for the camera, back in the day photographs were considered very serious indeed. There was an unwritten rule that you did not smile for such a serious and permanent experience.

Here we have a collection of photos of smiling World War II participants. The one thing they have in common? They are all smiling. Or, at least as close as they probably got. I'm not going for "the best smiles." Some of these folks perhaps aren't even smiling at all, by technical standards. Instead, I am looking for real emotion, a real outburst beyond the confines of a soldierly, stolid appearance that was the preferred appearance in a, you know, serious conflict. Or at least a smile that says something. Or, is just a really good smile.

I must warn you - a smile is not always a sign of good-hearted feeling. At least, a smile does not always convey an emotion that you wish to share. Or, to put it yet another way - what someone else finds funny, you may not. I have one or two instances of that here. 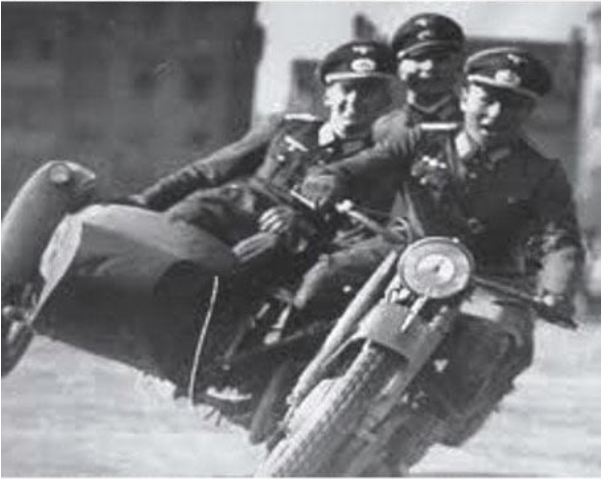 So, there are some famous people, and some minor celebrities, some that you might know the name of if you really are into World War II, and a handful whose names you'll probably never know. Just people, enjoying a moment.

This page is meant to be taken lightly, kindly don't get offended at its lack of seriousness.