Chuck Yeager, Ace in a Day


A Man With The Right Stuff 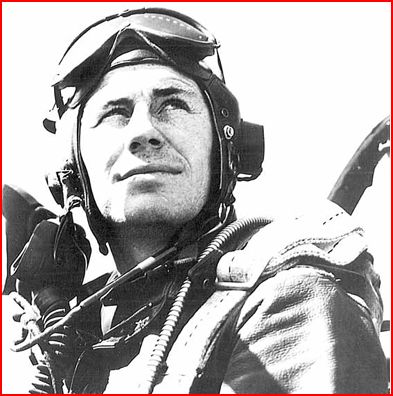 American pilots of World War II tended not to get as much celebrity or notoriety as Luftwaffe pilots. There are several reasons for this, most notably that Americans were not in the war for its entire duration and thus could not amass the experience and scores that the top (and luckiest) Luftwaffe pilots did. German pilots also had far fewer restrictions on their time of service than did Allied pilots, and much of the Allied effort was devoted to night bombing which did not lend itself to celebrity. 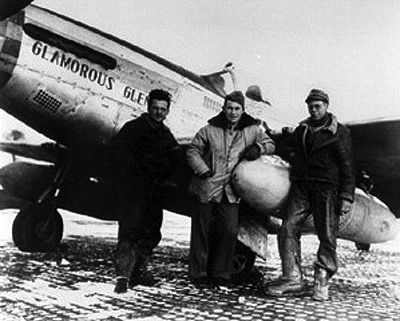 While there were indeed many extraordinarily competent Allied pilots, one that stands out is Chuck Yeager (born 13 February 1923). Much of Yeager's celebrity accrues from his post-war service, and that is beyond the scope of this article. However, Yeager's adventures during the war by themselves were enough for any military career and are illustrative of the career of a top Allied fighter pilot.


Yeager was born in Myra, West Virginia and spent two summers gaining exposure to the military at the Citizens Military Training Camp at Fort Benjamin Harrison in Indianapolis, Indiana. He enlisted in the U.S. Army Air Forces before Pearl Harbor, on 12 September 1941. He had phenomenally good eyesight, and thus was accepted for flight training after beginning as a mechanic despite an indifferent educational background.


Yeager graduated from flight training on 10 March 1943, and he was assigned to the 357th Fighter Group at Tonopah, Nevada. Early on, he exhibited a daredevil attitude and earned an early reprimand for dangerous stunts. He was transferred with his Group to RAF Leiston on 23 November 1943.


Yeager's arrival coincided with the upgrading of the P-51D fighter into a war-winning aircraft that could escort bombers all the way to Berlin (the renewed bombing offensive against Berlin resumed on virtually the day he arrived in Europe). This forced the defending German fighters to battle Allied fighters during the daylight hours, giving Allied fighter pilots like Chuck Yeager greater opportunities.


However, Yeager got off to a rocky start with the high-performance aircraft (he had trained on the mediocre Bell P-39 Aircobra). After gaining one victory, he was shot down over France during his eighth mission while attacking a pair of Focke Wulf 190s. Making contact with French partisans after a harrowing night, he escaped to Spain and made his way back to England via Lisbon. That makes it sound simple and straightforward, but it wasn't: Yeager's escape required four days of climbing through knee-deep snow and freezing rain, and he and a companion were fired upon by a German patrol. After his return, he was officially grounded per regulations due to his knowledge of the French resistance (which he might reveal after another downing). Despite those regulations to the contrary, he later was allowed to resume flying over France after receiving the direct approval of General Eisenhower after D-Day.


It was at this point that Yeager fully asserted himself as a top ace. Captain Yeager earned the title "ace in a day" by downing five Messerschmitt BF 109s on 12 October 1944. He was aided by the fact that one Messerschmitt that he was about to shoot down banked sharply right to evade his fire and collided with his own wingman, causing both aircraft to become Yeager's victims. Among other fascinating aspects to his performance that day, he had just been given command of his 49-plane group formation due to his skill and thus was able to position himself where the bad guys would be lurking. His Squadron, the 363rd, positioned itself 100 miles ahead of the bomber stream looking for defenders at the standard 28k feet. Spotting 22 Bf 109s, which were circling waiting for the bombers, he started picking them off from the rear of their flight. He hit his first kill that day in the cockpit and engine, the second suddenly exploded, the third he got with a deflection shot. The Germans likely were from III/JG 26, a premier Luftwaffe formation that had spent the earlier part of the war on the Channel coast. 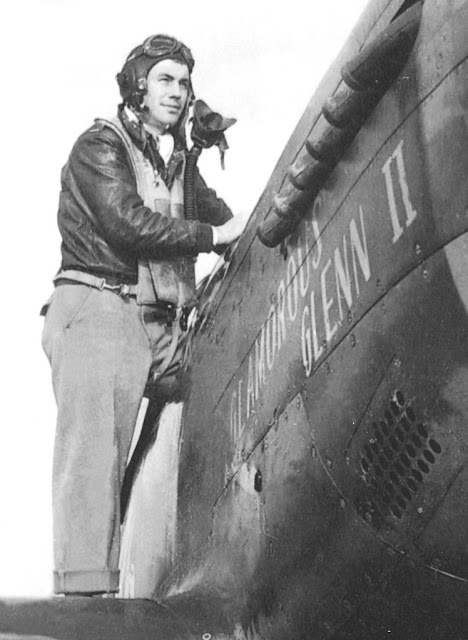 Yeager continued his string of successes thereafter, though pickings were lean due to the Luftwaffe's own difficulties. On 27 November, he shot down four FW 190s, gaining revenge for his own previous downing by the aircraft and showing that his previous big day was no fluke. He even gained an early victory over a jet fighter on 6 November 1944, following it and attacking while it was vulnerable as it was trying to land. It was a rare (and invigorating) Allied victory over the vaunted Messerschmitt 262. Yeager also was present during Operation Bodenplatte, the last-ditch mass Luftwaffe attack on 1 January 1945 in aid of their Ardennes Offensive. From a trench at his forward air field in Belgium, Yeager carefully watched the Germans bomb and strafe his base. He observed that the German pilots were poorly trained and barely in control of their aircraft. This was conclusive evidence that Germany no longer had the resources to adequately train new crew. Despite Allied fears about new high-performance German aircraft, the Luftwaffe was in its death throes. 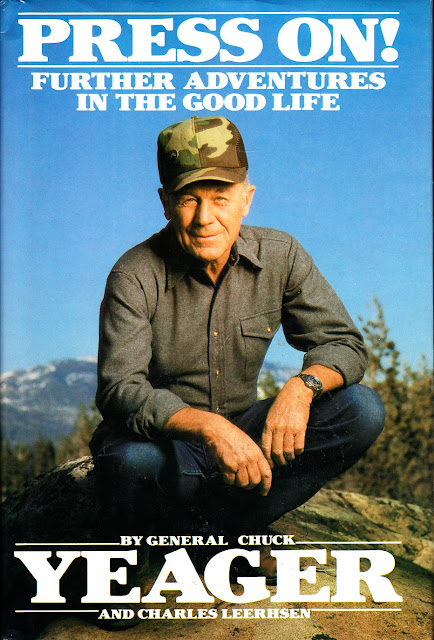 Reflecting the Allied restrictions on its pilots, Yeager was sent back to the States soon after. He was assigned to Wright Field near Dayton, Ohio for the duration of the war, where he re-trained as a test pilot and later broke the sound barrier. This is important because once again it shows how Allied practices prevented top pilots from racking up higher combat scores. As it was, Yeager wound up with a kill score of 11.5, twice as many as were needed to be recognized as an ace (many credit him with an additional victory over a Ju 88 during a training flight over the North Sea while he was on "probation" after his escape from France and not officially reinstated, and that would make the total 12.5).


Beyond his military successes, Yeager is an interesting World War II figure in another respect. He was quite open in later years about the murky morality of the Allied air effort. While the Allied bombing effort led by Arthur "Bomber" Harris was controversial before it even started (there were spirited debates about its morality in Parliament), Yeager added his own disgust about certain other practices that did not receive nearly as much attention.


For instance, in his 1986 memoirs, Yeager recalled being instructed during the war to strafe civilians. Basically, that order made him a potential war criminal should events have turned out differently. That candid admission does not lessen the magnitude of German war crimes, but it does reflect reality. Such is the morality of war, and Chuck Yeager is to be commended for his contribution to the common understanding of what war is really all about. 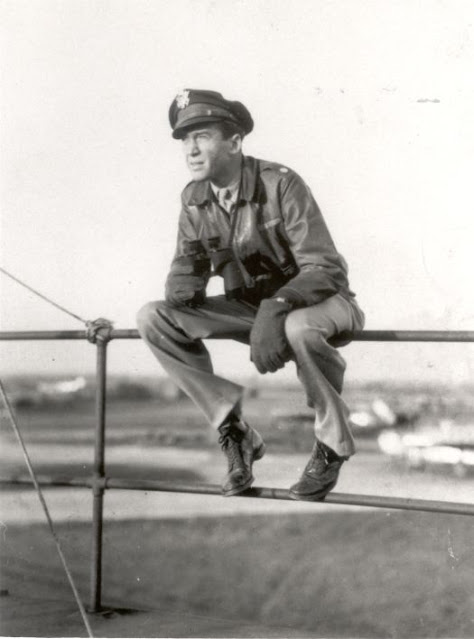