The intersection of John Wayne (Marion Morrison, actually, but we’ll go with “John Wayne” because that is how we remember him) and World War II brings out a lot of emotions at times. There is a lurking accusation that Wayne was a draft-dodger. It is indisputable that John Wayne never entered the military. It is said that Wayne got into a few altercations with servicemen during the war regarding his non-enlistment. So, this issue has been around for a long time.

Let's address this question head-on and see if we can reach any conclusions.

Okay, that direct response won’t satisfy anyone, or at least the people who like to disparage John Wayne. So, let us go a bit deeper.

In the classic meaning of the term, to be a "draft-dodger" means that you were drafted but went to Canada or faked some disability. Put simply, to avoid the draft, you have to be drafted. If you aren’t drafted, there is nothing to avoid. Incidentally, some other celebrities who later liked to pose as big patriots such as Ted Williams actually did try to avoid the draft after receiving their draft notices (Williams failed, though, and wound up in the service anyway). The draft board gave Wayne a family deferment and classified him as 3-A. That was not Wayne’s decision to make, and he never received a draft notice. Later, after being reclassified as A-1, Wayne did not receive a draft notice. John Wayne “avoided” nothing.

Okay, that isn't going to satisfy everyone either. Let’s take this a step further. Since John Wayne was never drafted, that sends the argument to a distinctly lower level: that he used his influence to avoid getting a draft notice in the first place. That seems to be the underlying slur against John Wayne. However, it has one big problem: there is no evidence to support this. People who claim that Wayne pulled strings to avoid serving simply use the fact that he did not serve as the proof. It is a circular argument. There is no evidence that John Wayne made any calls or wrote any letters or had any meetings to avoid being drafted. None.

John Wayne's first wife, Josephine, later claimed that Wayne did everything that he could to avoid being drafted because he was having an affair with Marlene Dietrich. One must always take an ex-wife's reminiscences with a grain of salt. There is evidence that Wayne did have a three-year affair with Dietrich, but none that this affected his draft status.

So, that answers the question completely. John Wayne did not deliberately do anything to avoid serving in World War II. Period. Case closed.


That still won’t satisfy some folks, so let’s look at the background. There is evidence that Wayne did, in fact, try to sign up by appealing to certain officials - though admittedly he did not try too hard. Wayne could have just walked down to the local recruiting station and signed his name on the dotted line. Clark Gable, grieving over the death of Carole Lombard, did that. John Wayne did not do that. This is probably the thing that irks people about John Wayne’s lack of military service and the worst slur that you can legitimately throw at him in this area.

Just for context, some other big Hollywood stars other than Gable also enlisted despite their right not to. Henry Fonda, for instance, was 37 at the time and had a wife and three children. He received the same deferment as Wayne. Fonda undoubtedly could have stayed out of the military, but he chose to enlist and was accepted. That was Fonda's choice, and he made it. Jimmy Stewart, a year younger than Wayne, was rejected by the draft board for being underweight and bulked up until he finally was accepted. So, there was no general effort by Hollywood stars to stay out of the military. Fonda's, Stewart's, and Gables' decision prove that the option was there for John Wayne to at least try to enlist. Obviously, many other non-celebrities couldn't wait to enlist and did everything they could to sign up. John Wayne did not.

To be realistic, however, Wayne likely wouldn’t have been able to enlist even if he had gone down and signed his name. He had a number of lingering injuries dating back to his college days, some quite recent, such as a 1941 ear problem that alone likely would have disqualified him. Some detractors like to claim that Wayne's old football injuries didn't prevent him from being a stuntman, which is true, but Wayne was no longer a stuntman by 1941 and had other ailments. Wayne likely knew that he would need a special dispensation to get into the military, so he worked it from that angle. In any event, not making every last effort possible to join the military is not “avoiding service.” Again - there was nothing to avoid, as John Wayne was never drafted.

There is evidence that Wayne’s studio, however, did do its utmost to prevent Wayne from serving. Herbert Yates, the President of Republic Pictures, Wayne’s studio, threatened to sue Wayne for breach of contract if he enlisted. The implied threat was that Yates would blacklist Wayne. At that time, Commander John Ford, USN, tried to get Wayne into his naval film unit, but the military imposed a hiring freeze on it and that never happened. Wayne sent in the paperwork to enlist in the naval photography unit, but was never called. In any event, Wayne was not drafted even after being reclassified 1-A, so he had nothing to avoid - the issue of avoiding being called up simply never arose. The studio was acting in its own interests, not at Wayne’s behest when it tried to prevent Wayne from serving. There is a lot of evidence of Yates' campaign to prevent Wayne from abandoning his film contract.

In 1944, Wayne received a 2-A classification, “deferred in support of [the] national … interest.” The military evidently felt that Wayne could do more for the war effort outside of the military than in it. About a month later, the Selective Service decided to revoke many previous deferments and reclassified Wayne 1-A. However, Republic appealed and got Wayne's 2-A status reinstated until after the war ended. Yates knew that John Wayne was keeping the studio in business, employing a lot of people and creating patriotic pictures. The draft board agreed.

Let’s look at what John Wayne actually did during World War II and see if that means anything. John Wayne toured forward U.S. bases and hospitals in the South Pacific for three months in late 1943 and early 1944. Wayne did this during his personal time off in between satisfying his contractual duties for Republic. He entered forward areas during this time and was allowed to wear a uniform while doing so (which means, incidentally, that claims that Wayne “never wore the uniform” are simply false - he did, and not just in the movies). Bob Hope was made an “Honorary Veteran of the United States Armed Forces” by Congress for similar activities (though Hope did it far more extensively). Morale-building was hugely important during World War II, especially in reassuring the Australians that the United States would be there for them through thick and thin, Not everyone could do it. John Wayne could and did. That is why Washington had told California draft boards to go easy on prominent actors.

Mickey Rooney, who was drafted, got a Bronze Star for doing similar work entertaining the troops. Mickey Rooney is “good” because he performed after he was drafted, but John Wayne is “bad” because he performed despite the fact that he wasn’t drafted is what it apparently comes down to for some folks. The distinction makes no sense. In fact, doing that kind of work voluntarily rather than being forced to do it by being drafted is the more noble path. Mickey Rooney did his duty and was proud of it, and John Wayne did his duty and was proud of it. If Wayne had been drafted and Rooney not drafted, their roles would have been reversed. They both still would have served their country in their own ways.


Conclusion: John Wayne Served His Country Honorably Outside the Military


Any veteran who is being honest will tell you that you don’t get a choice when the US Army decides what you should do - you do it. If the US Army wanted John Wayne to serve, he would have served. Wayne helped the Army despite not having to lift a finger for it. John Wayne did not attempt to avoid serving in the US military during World War II.

To summarize: John Wayne was never drafted, and never tried to avoid being drafted. Wayne may not have gone to extreme and self-sacrificing lengths to try and enlist, but that might not have worked anyway due to his ailments. Wayne did try to join the military through back channels that would have overcome his physical limitations, but that did not work. John Wayne did voluntarily engage in morale-building visits to forward areas at his own risk. John Wayne was not a draft-dodger and did what could be reasonably expected of someone in his situation to aid the war effort. 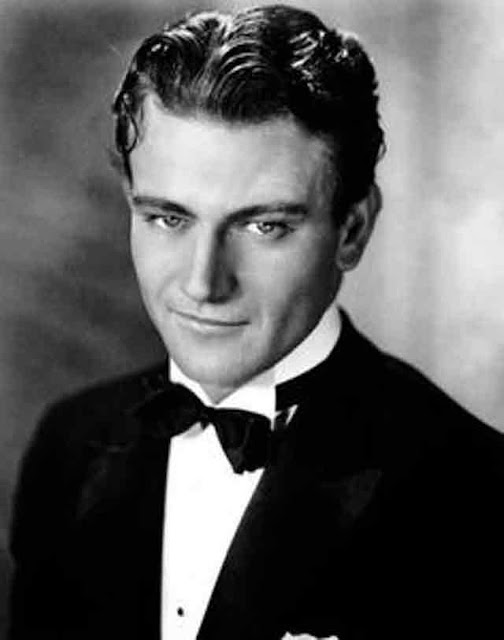 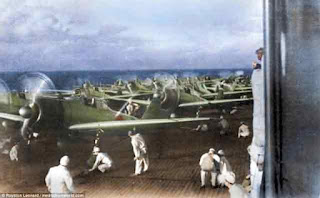